Can’t get enough anime? Our friends at Xbox Video have some really cool stuff in store for you all March-long! It’s officially Anime Month which means there’s a bounty of deals to be found and Rewards to be earned.

Power up your collection with your favorite movies and TV shows: Dragon Ball Z, Fairy Tail, and more.* 4,000 Rewards Credits are waiting when you spend $20 on anime movies, TV shows, or TV season passes to complete this mighty offer. Plus, you’ll find lots of great discounts and even some free episodes! What are you waiting for?

And pssst… If you’re watching from your Xbox 360 or Xbox One console,  keep an eye out for special video messages from ScrewAttack’s Chad James and FUNimation’s Justin Rojas on your Xbox Video dashboard! They’ll be talking anime and bringing you tips about Anime Month in new videos each weekend of March! 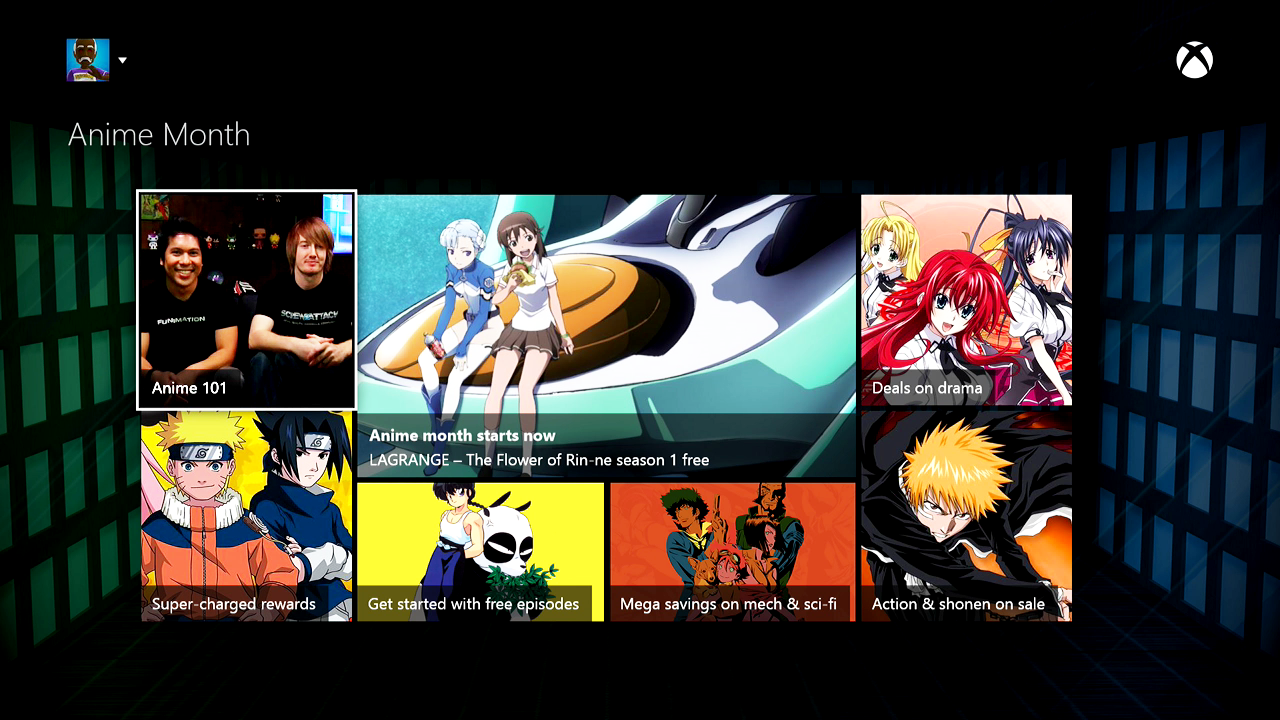 **Open to Xbox Live Rewards members who are legal residents of the 50 United States (including District of Columbia), Puerto Rico, and Canada (excluding Quebec), 13 years and older. Offer ends 3/31/15. For complete Terms and Conditions and complete details, visit https://rewards.xbox.com/ms-store-offer/terms-and-conditions/.