From the director of Rosario + Vampire comes Sky Wizards Academy, the newest addition to FUNimation’s summer anime season. It’s back to school for Kanata Age when he’s assigned three of the worst mages-in-training to mold into Sky Wizards! 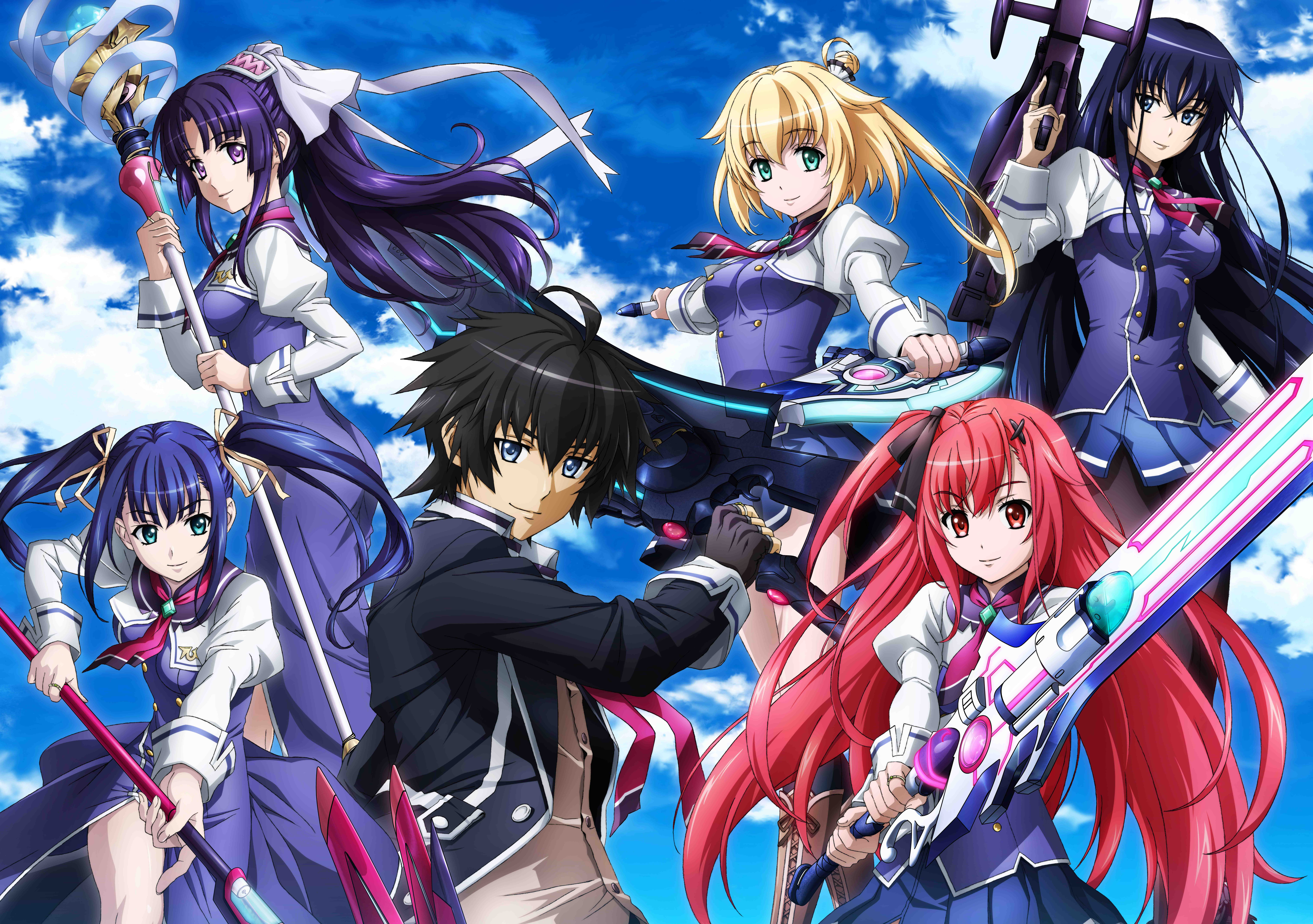 Synopsis: Forced to retreat to floating cities due to an invasion of magical armored insects, humanity must now depend on Sky Wizards to battle the menace via mid-air battles.

Once known as the “Black Master Swordsman,” Kanata Age is now considered a traitor and is assigned to lead an F-class of mismatched mages.

Misora Whitale has all the enthusiasm to be a leader, but she’s failed 100 consecutive tests. Rico Flamel is a genius sniper, but she’s a little self-absorbed, and Lecty Eisenach is a candidate with all the ambition, but zero confidence.

It’s up to Kanata Age to train the troubled trio to become accomplished Sky Wizards.