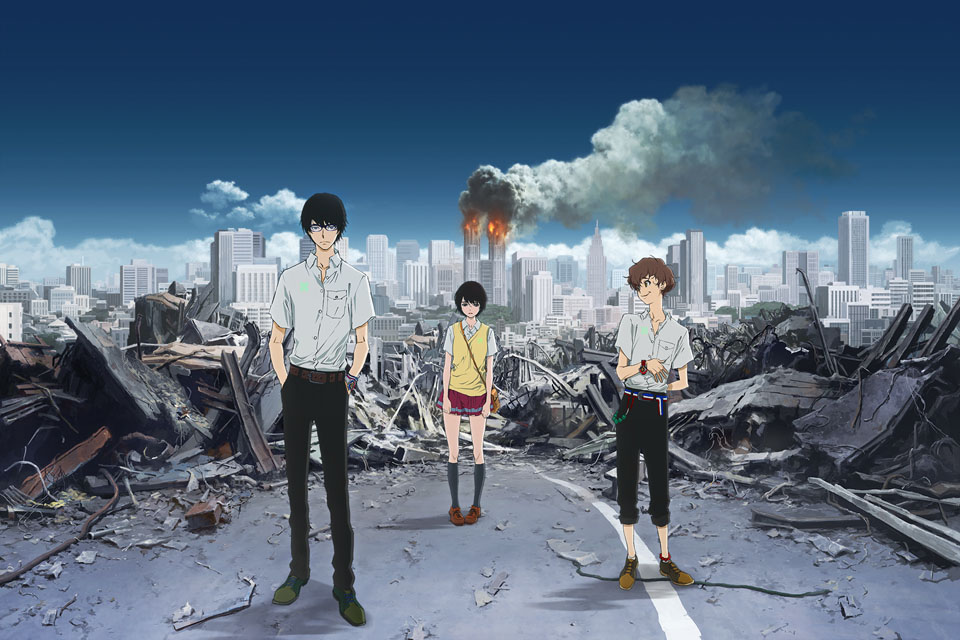 The much-awaited home video release for Terror in Resonance is on the way! You can pre-order your copy now before it launches on January 19th, 2016 —  and in the mean time, we have an English cast announcement and trailer for you!

Legendary director Shinichiro Watanabe and famed composer Yoko Kanno are back with a suspense-filled intellectual thriller!

Tokyo has just been decimated by a shocking terrorist attack, and the only hint to the identity of the culprit is a bizarre video uploaded to the internet. The police, baffled by this cryptic clue, are powerless to stop the paranoia spreading across the population.

While the world searches for a criminal mastermind to blame for this tragedy, two mysterious teens who shouldn’t even exist masterfully carry out their heinous plan. A determined detective is hot on the culprit’s heels, but to catch them he must navigate a tangled web of riddles and false leads. Can he stop them before they carry out their plan to wake the world from its slumber – and pull the trigger on this world?