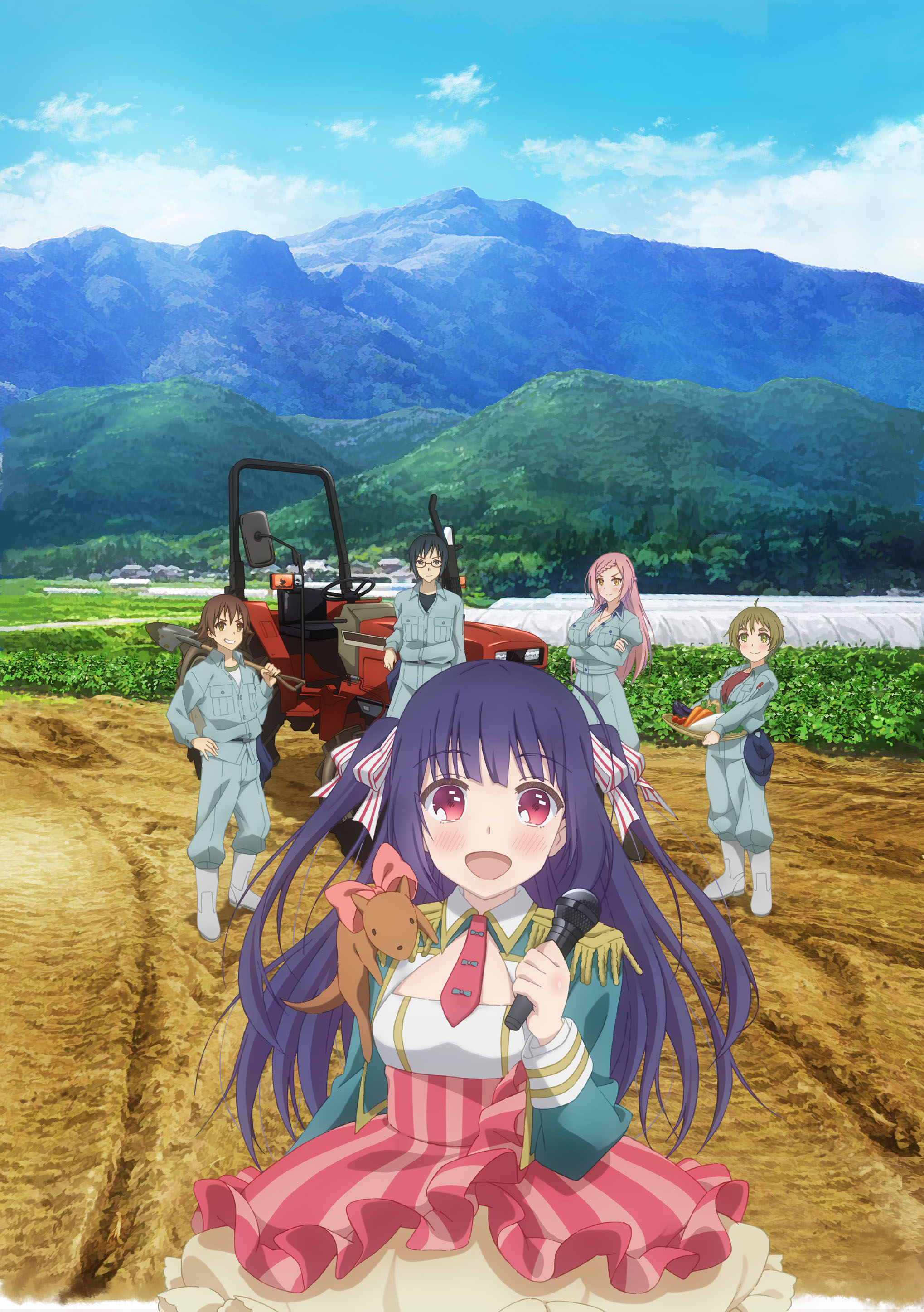 Ready to dig into some agricultural, slice-of-life fun? Well hold on to your tomatoes, because NO-RIN is coming to home video on February 23rd!  But what on freshly-tilled-earth could tide you over until then? Don’t get your eggplant in a knot, we have an English voice cast announcement for you!

There once was a teen named Kosaku
Who was…mildly obsessed with an idol
He mailed her some veggies
To keep her bod healthy
And, SURPRISE, she showed up at Agriculture school!

Now that Ringo (the pop artist formerly known as Yuka) is a student at Tamo Agricultural High School, she’s ready to ho, sow, and plow her way to the top! But first she has to learn…pretty much everything about farming. On top of that, Kosaku’s best friend, Minori, is waaaaaay jelly of his friendship with Ringo on account of her not-so-hidden feelings for him, and seeds of rivalry begin to sprout between the two. And the biggest mystery still remains: What’s a world famous pop star doing at an agricultural high school?