Fear the curse. Free the cube. C3 is coming to home video! 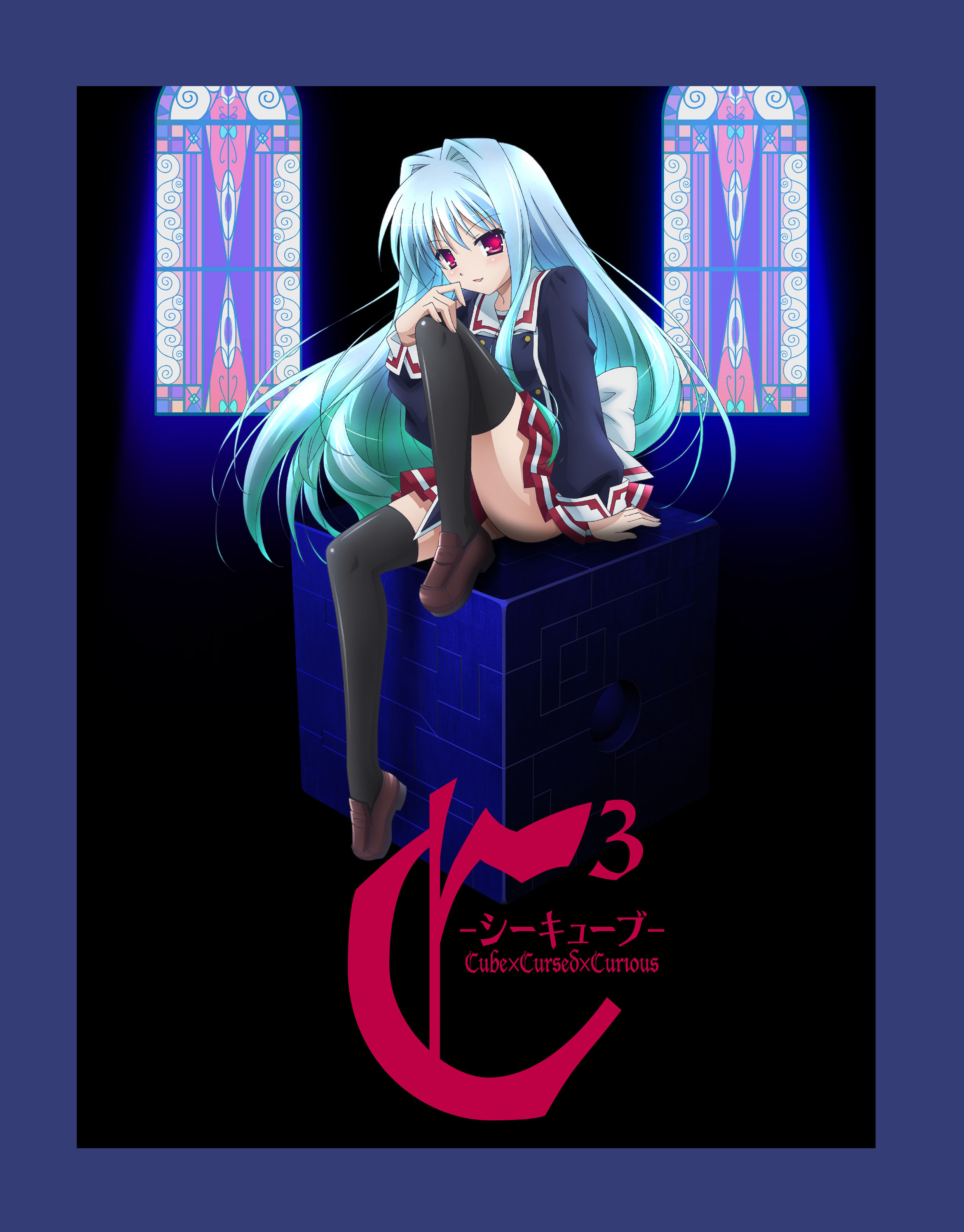 C3(aka CubexCursedxCurious) is a lot like its heroine, Fear Kubrick (no relation). It may look sweet, pretty, cute, and innocent, but behind that veneer hides a kaleidoscope of madness, murder, and despair. If you’re a fan of trippy, experimental anime that juxtapose cute girls with some real deliciously creepy mindf@&% material like Puella Magi Madoka Magica or School-Live, OR if you like the abstract and artistic stylings of Silver Link, the studio behind visually distinct anime like Baka and Test or Yurikuma Arashi, definitely check this one out. (That said,Fear IS still pretty cute.)

This series previously streamed on FUNimation.com, but today we’re announcing that you can own it on Blu-ray/DVD Combo Pack on March 15, 2016! Pre-order it now, HERE!  C3 will be released in Japanese audio with English subtitles.

Here’s the series description for you:

Fear the curse. Free the cube.

Haruaki Yachi has seen his fair share of curses, but despite his familiarity, even Haruaki is out of his element when his father mails him a cursed torture cube with the humanoid figure of a cute young girl named Fear Kubrick (no relation). Now, he’s got to help her break her curse and leave behind her homicidal past before dangerous forces get ahold of her deadly powers. Sassy loudmouth Fear has a hard time keeping a low profile, but with the help of Haruaki’s other cursed comrades, maybe this cubed cutie can find her place in the human world—IF she can break her curse.