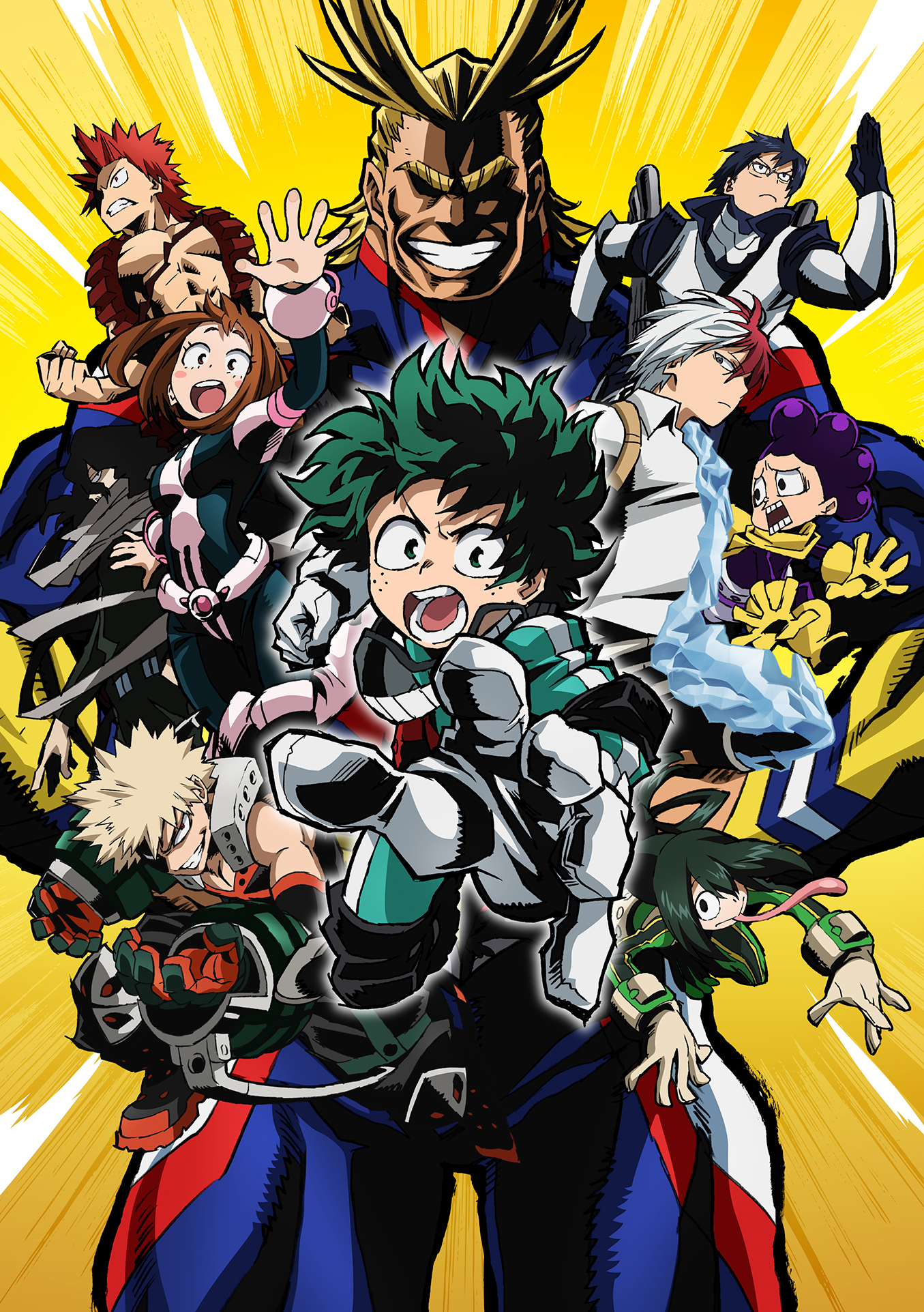 Adaptation of Smash Hit Manga Series to Premiere in April in US, Canada and UK

FLOWER MOUND, TEXAS – March 8, 2016. Funimation Entertainment is proud to announce its acquisition of “My Hero Academia”—the most highly-anticipated, new anime series of 2016. Funimation has secured the exclusive international rights to home entertainment, video on demand, merchandise, and broadcast distribution of the series as part of its agreement with Toho Co. Ltd. Episode 1 of the series will premiere in April on Funimation’s streaming service, FunimationNow, in the U.S., Canada, UK, and Ireland.

“We’re extremely pleased with this expansion of our partnership with Toho following last year’s successful theatrical release of the ‘Attack on Titan’ live action movies,” said Gen Fukunaga, CEO and founder of Funimation. “The excitement around this new series is palpable. Fan response to the anime will quickly rank ‘My Hero Academia’ among top anime classics such as ‘Dragon Ball Z,’ ‘One Piece,’ and ‘Naruto.’”

“My Hero Academia” is based on the smash hit, superhero manga series of the same name, which now totals more than 3.7 million copies after less than 2 years since it first appeared in Shonen Jump. The manga has been so well-received in the U.S., that both released volumes of the English language version were New York Times Bestsellers. The new TV series is being produced by the acclaimed studio BONES, which has been the force behind numerous international anime hit series like ‘Fullmetal Alchemist,’ ‘Cowboy Bebop,’ ‘Soul Eater,’ and ‘Space Dandy.’

“Toho and BONES both enjoy an incredible reputation for producing extraordinary shows for anime fans,” said Mike DuBoise, EVP and COO of Funimation.  “With the launch this week of our completely new mobile apps for iOS, Android, Kindle, and Windows 10 devices, FunimationNow will be the destination for fans to discover and stream subbed and dubbed episodes of the most anticipated new show of the spring season, ‘My Hero Academia.’”

There’s a new hero in town! “My Hero Academia” is a superhero origin story that soars to the top of the class!

For more about “My Hero Academia,” visit funimation.com/myheroclass and sign up for exclusive news and information.