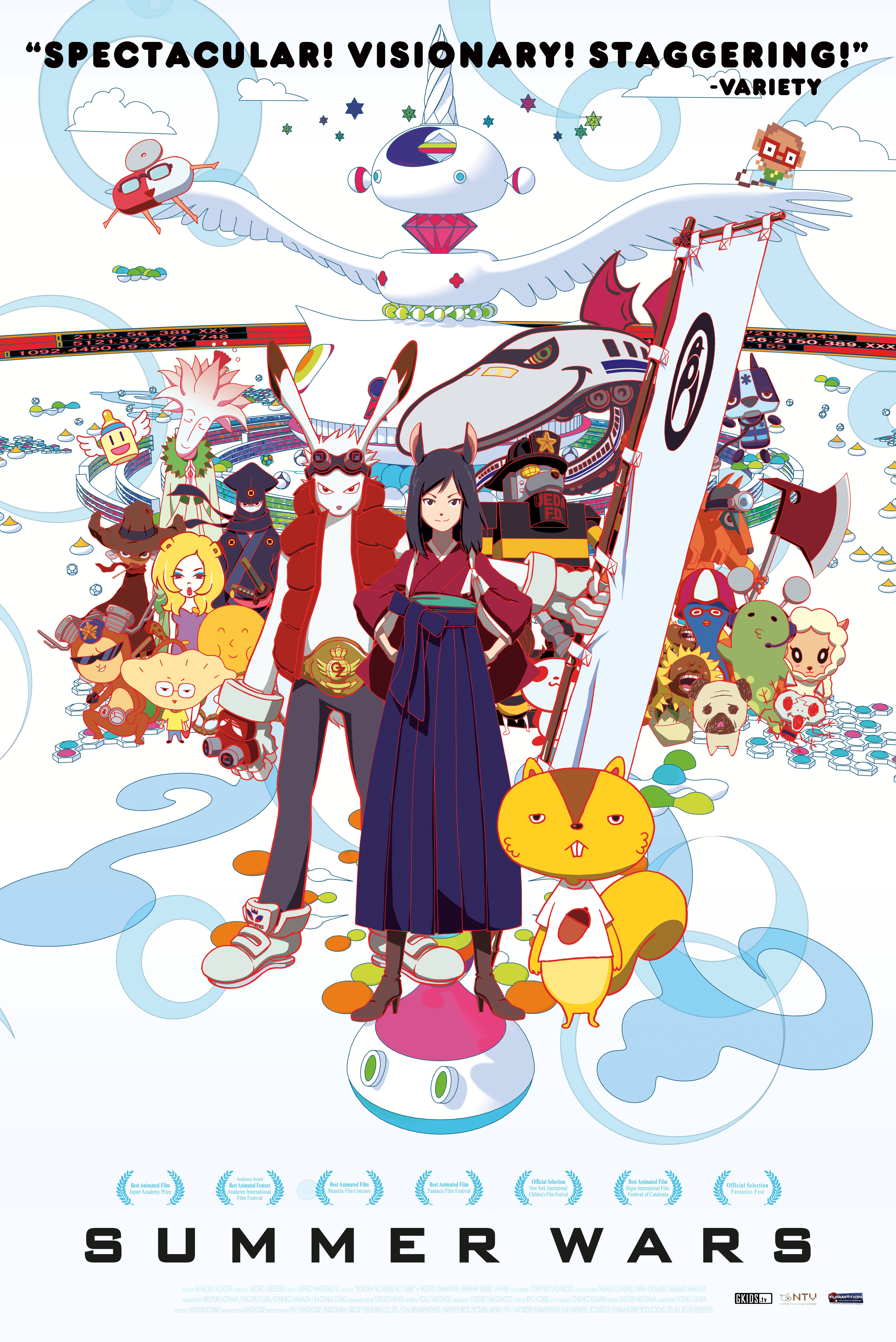 Just announced at the Industry Panels of Otakon and AnimeFest is that the classic breakout film of Mamoru Hosoda, Summer Wars, is next in line in getting its own special Hosoda Collection release! You can pre-order this one-of-a-kind release starting on August 15th and own it on November 22nd!

Like all in the Hosoda Collection line such as The Girl Who Leapt Through Time release, this new release comes with a special deluxe clear sleeve that reveals the artwork underneath, as well as a 52 page artbook, featuring concept art, an interview with the director, behind-the-scenes looks into the creation of Oz and the development of the Jinnouchi family, and more. We’ve also upgraded our process for packing out the Hosoda Collection releases–now the book and the disc case are shrinkwrapped together, to ensure that your clear plastic deluxe sleeve comes out pristine.

To celebrate this release, we’re doing a sweepstakes! Starting on 8/15, anyone who preorders the Hosoda Collection version of Summer Wars is entered in a sweepstakes to win your very own theatrical-sized poster of Summer Wars. This giant poster also will be signed by the English voice actor of Kenji Koiso, Michael Sinterniklaas. Stay tuned for more details in the coming week.

Movie Synopsis:
After the sensational success of The Girl Who Leapt Through Time, director Mamoru Hosoda was offered the chance to produce an entirely new film based on an original story. Inspired by his own life experience with his family, he created his second award-winning film, Summer Wars. With this film, Hosoda crafted a story that showed the importance of family and understanding those you love.
Worlds collide in a tale where virtual reality meets actual reality. When Kenji Koiso is pulled from Oz—a popular social networking realm—to play “fiancé” to classmate Natsuki, he faces a mess of challenges. Between the boisterous and bickering characters of the Jinnouchi clan and the sudden chaos in Oz, Kenji and his new companions must learn the importance of coming together to face the toughest of odds.