As an avid Tales of fan, especially Tales of Zestiria, I have never been more excited for an anime series than this one! I was first introduced to the Tales of franchise with Tales of Graces and was hooked ever since. And while there are so many more games to play, I’ve been making my way through the franchise. But considering you can spend over 80 hours on just one game, it’s quite a process! Totally worth it, zero regrets.

The games in this series have a wonderful way of pulling you in right from the start. Between the gorgeous animation, the music, the perfect personalities of the characters, and the engaging stories, there’s a lot to love. It’s definitely a series of games that will have you laughing one minute and sobbing the next, which is amazing and terrible, haha. When I found out Funimation would get Tales of Zestiria the X, and that I could work on it, I couldn’t stop talking about it. In fact, I still can’t stop talking about it which probably explains the massive amount of information you’re about to dive into! This is a seriously wonderful, captivating, and loveable series, and I’m excited to share all the knowledge I can with our growing population of fans. So please, enjoy! Have you been watching our newest title, Tales of Zestiria the X? Are you eager to learn more about the world? Then settle in for some Tales of tutoring! We’ll be catching you up on everything there is to know about Zestiria and even some things you might have missed in this three-part blog series. Grab a snack and something to drink because you’ve got quite a bit of learning to do.

Let’s start off with some of the basics:

What is Tales of Zestiria?

Tales of Zestiria is a game by Bandai Namco Studios! It is part of the 20-year long-running Tales of franchise. Zestiria was the most recent game released under the Tales of title and came out on PS3 and PS4 last January. 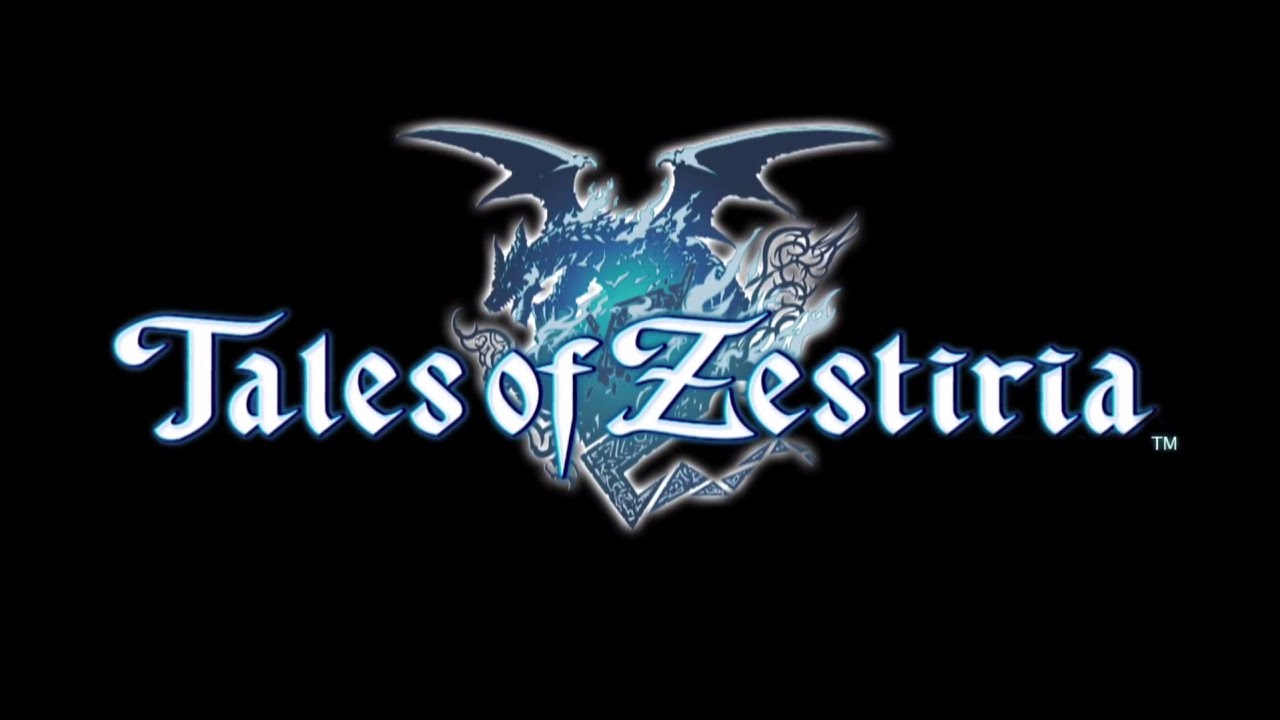 What is the Tales of franchise?

It is a series of video games that began back in 1995 with the release of Tales of Phantasia. Today, there are currently 16 titles out, and one is set to release this August in Japan and worldwide sometime in 2017. The games span different consoles, but the most recent three have been PlayStation exclusives. There is even a brand-new mobile game! Much like the Final Fantasy series, the games do not necessarily share the same storylines, but you can always find fun Easter Eggs for each series in all the games. Tales of Zestiria the X is the sixth anime series from the franchise with Tales of Eternia: The Animation being the first.

Who are the main characters?

Sorey: A human who has grown up with the Seraphim—magical beings that cannot be seen by typical humans. Because of his connection with the Seraphs, he is the chosen one to become the Shepherd. As the Shepherd, he will take on the burden of cleansing the human world of malevolence and hellions—humans and animals turned into dark creatures after being exposed to too much malevolence. He must also try to bring the world of Seraphim together with the world of humans. He and Mikleo are obsessed with history and ruins and want to explore every ruin in the known world. 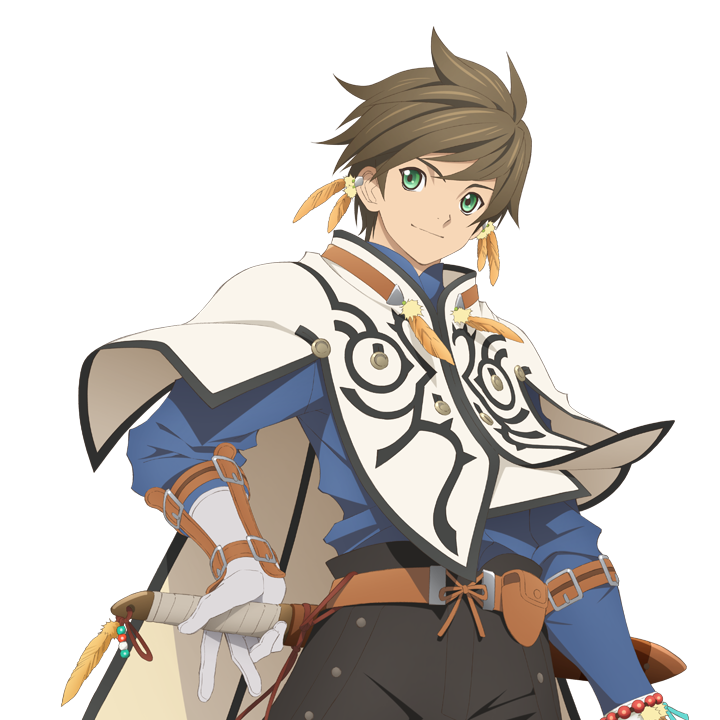 Mikleo: A water Seraph who grew up with Sorey. Like Sorey, he is very interested in the history of their world and exploring ruins. Mikleo is very protective of Sorey and refuses to leave his side, even once Sorey takes on the Shepherd’s burden. The creators of Zestiria have even made the claim that Mikleo is Sorey’s “only one.” So take that anyway you’d like! 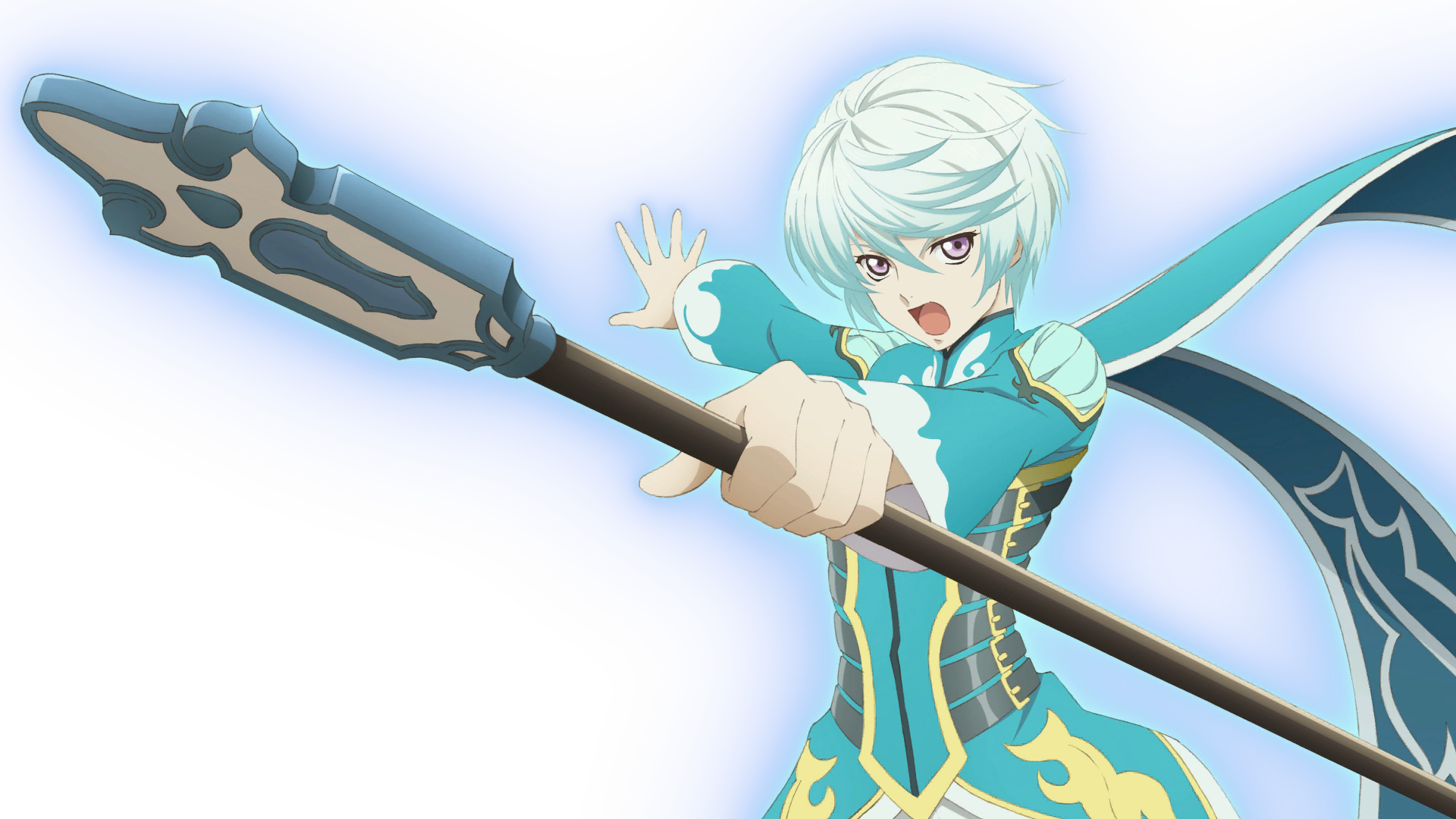 Alisha Diphda: Princess knight of Hyland. She believes in the Seraph but cannot see them like Sorey. She was one of the few nobles to still have faith in the Shepherd. She wants to help Sorey carry out his mission as the Shepherd but also has her own responsibilities to her country and land. Unfortunately for her, other members of the royal family see her has a threat and have plans to get rid of her. 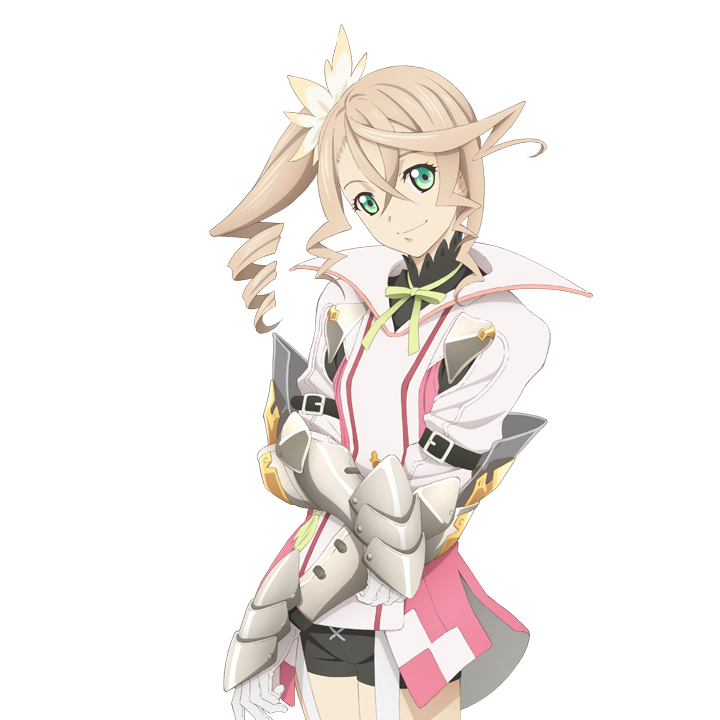 Lailah: A fire Seraph and also the Lady of the Lake of Ladylake. Lailah has been contracted to many incarnations of the Shepherd. Because of this, she knows many things, but unfortunately, she cannot tell anything to Sorey as he must seek answers for himself. This does mean she may randomly change the course of conversation or wander off when certain questions are asked. 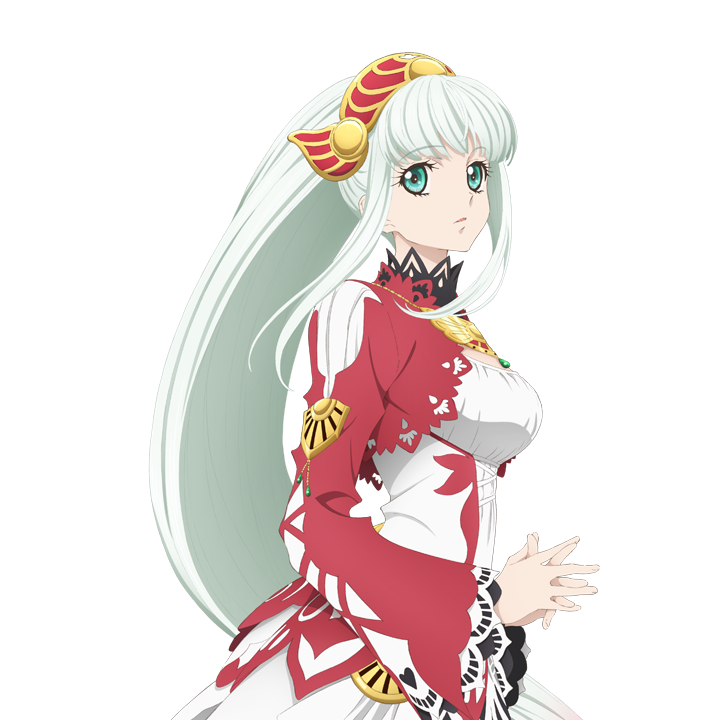 Rose: The mysterious Rose wears many faces. She is originally seen as leader of the Sparrowfeathers—a merchant guild. But we quickly find out she is far more deadly than a simple merchant. In fact, Rose is the leader of the assassin guild Scattered Bones and is out for Alisha’s head! But there is far more to this red head that has yet to be revealed. 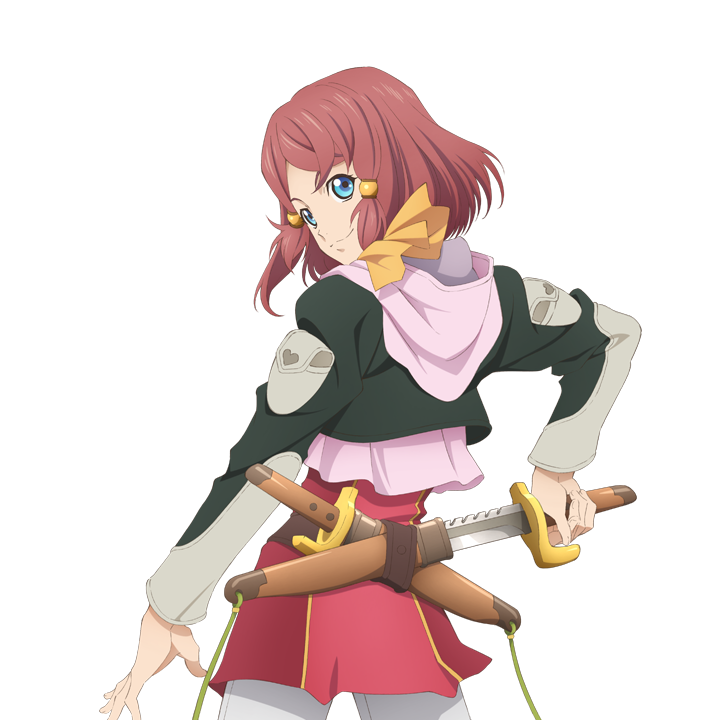 Velvet Crowe: Velvet Crowe is a great unknown. Having just appeared in episode 5 and 6, this is the first time she’s truly been seen on screen—save for sneak peeks of course. Fans of the games are learning about her through the anime just like everyone else. Velvet will be the main heroine of Tales of Berseria, the upcoming Tales of game set to release this August in Japan and worldwide sometime in 2017. What is known about her is that she is a Daemoneater with a possessed left arm. She suffered a traumatic event where she witnessed Artorius Collbrande kill her younger brother, Laphicet. In Berseria she is a fierce pirate feared by many because of the dark power dwelling in her arm. 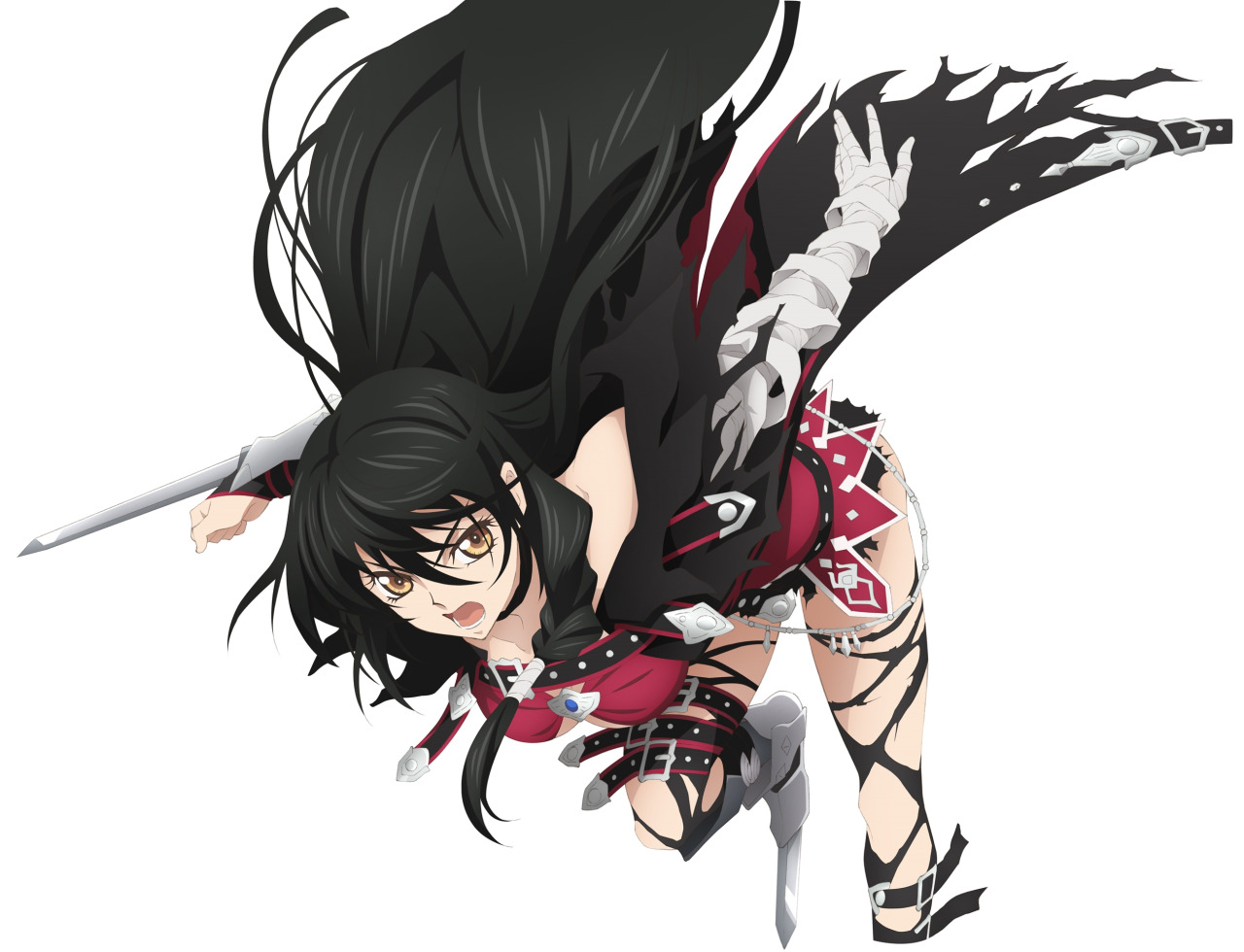 Edna: A petite Earth Seraph with a huge attitude. Not a huge fan of humans, she begrudgingly joins Sorey on his journey in hopes of finding a way to help her brother Eizen who has changed into a dragon. Her favorite hobby seems to be mercilessly picking on Mikleo. 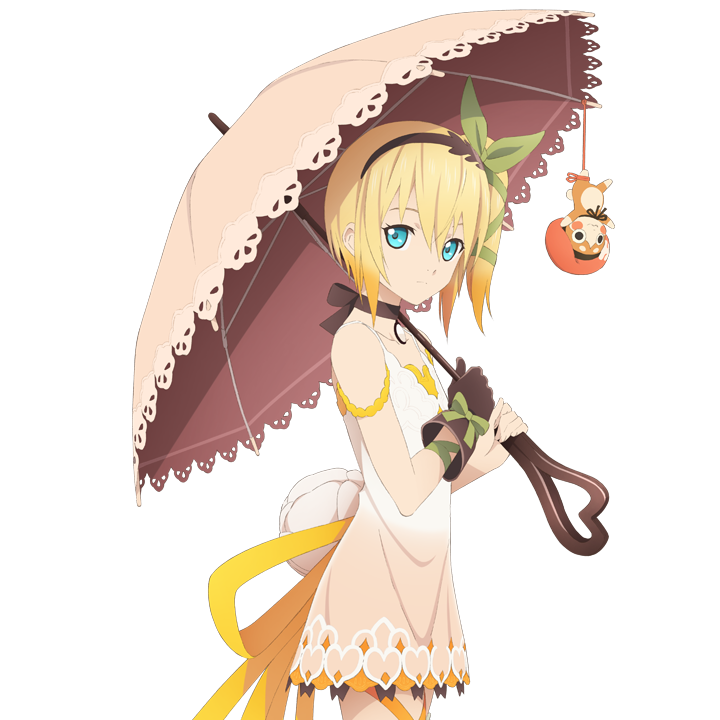 Zaveid: The wannabe-lady-killer and Wind Seraph Zaveid is quite the character. He has zero shame and knows he’s a bad ass. But behind that smug smile hides pain and a connection to Edna’s brother that he has yet to reveal. The guns he wields are meant for one thing—killing the Seraphs that have turned into hellions or dragons and putting them out of their misery. No matter what it costs him. 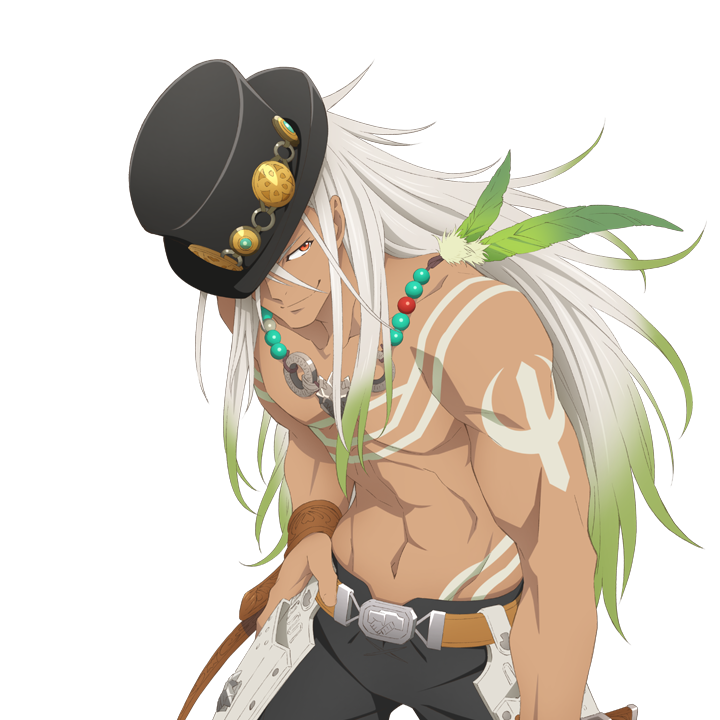 What about the bad guys?

Lord of Calamity: The final boss, Heldalf! He has plans to see the world covered in malevolence and stop the Shepherd from ever existing again by bringing about the Era of Chaos. But Heldalf was not born the Lord of Calamity, he was created. The most evil of villains always have the most tragic backstories… 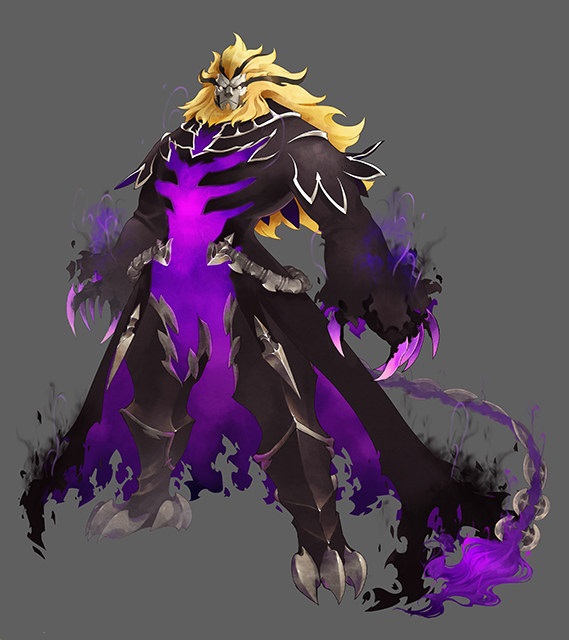 Lunarre: Lunarre is not quite what he appears. Dressed in the clothing worn by the Scattered Bones (Rose’s assassin guild), he does not abide by the guilds creed and becomes overwhelmed with the desire for power and destruction. He begins to develop more fox-demon qualities and has abilities similar to that of a hellion. He works with the Lord of Calamity, but in reality, he’s more about working for himself.

There are many characters in the world of Zestiria, but these are the ones you definitely need to know. And yes, you will probably find yourself crying over some of them, haha. This blog will be updated with more characters as they get introduced in the anime. Stay tuned for future parts!