For Haruhi’s 10th anniversary, and its first release on Blu-ray in North America (order now here), we’re revving up our time machine (how does it work? That’s classified information) and asking you to bring back your Hare Hare Yukai moves—with the chance to win awesome prizes including a figure, books, and a HUGE banner of the goddess herself!

Remember about a decade ago how the ending song dance from The Melancholy of Haruhi Suzumiya was everywhere? From flash mobbers in Akihabara to video game champions to even prison inmates, everyone was doing the Hare Hare Yukai dance, and it wasn’t uncommon to see cosplayers at pretty much every anime convention going through the routine.

Whether you still remember every move or never learned it before, we want to see your dance! Submit a video of you in the link at the bottom of the blog post or your friends dancing some or all of the Hare Hare Yukai, and we’ll compile the entries into a special tribute video—plus, we’ll choose one stellar entry to win a HUGE Haruhi prize pack!

How huge are we talking? For a girl like Haruhi, it’s got to be larger than life—we’ll be giving away THE 8 foot x 16 foot high banner of Haruhi herself, featuring art from character designer Noizi Ito, that adorned the Funimation booth at conventions—this is totally one-of-a-kind and these banners are almost never available to fans, so it’s definitely way bigger and more special than a poster. 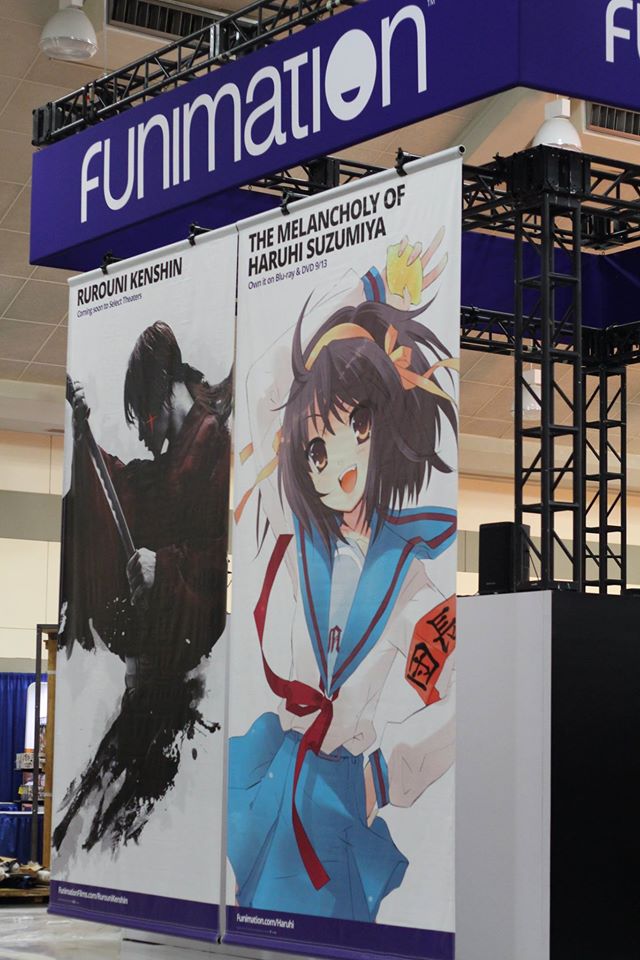 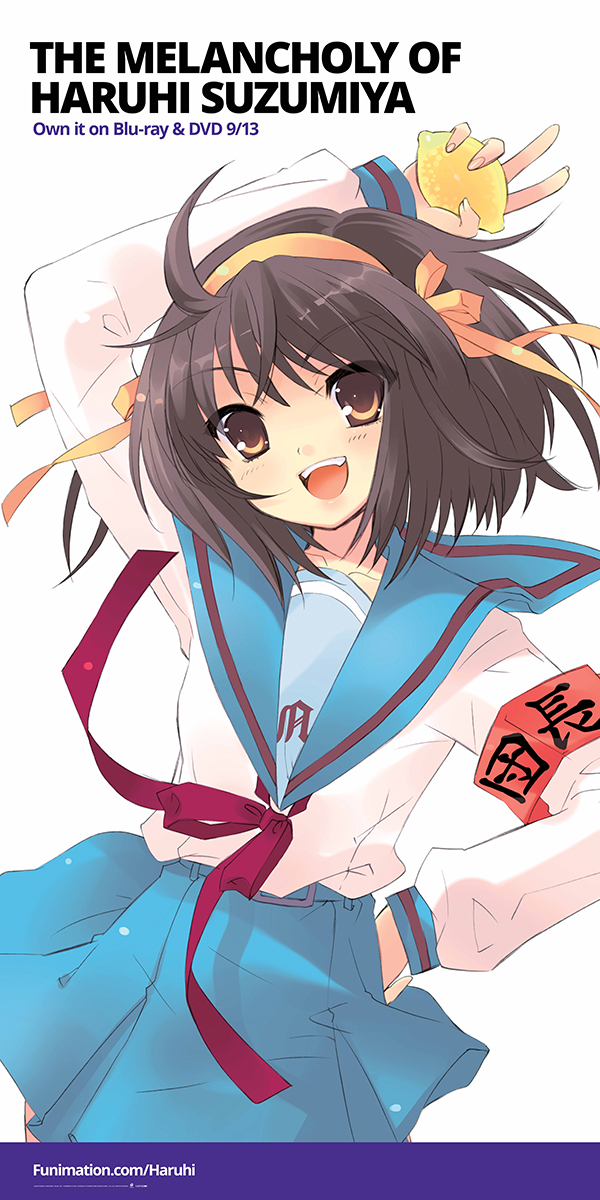 We’ll also be giving away a TON of prizes from our friends at Yen Press and Udon Entertainment, including:

Contest ends 9/19, and you can upload your video at the bottom of the post! Please note that by submitting, you allow us to feature footage from your submission in our compilation video!