Tales of Zestiria the X Catch-Up: Part 2 – The World and Storyline of Zestiria

funimation
Part two of a three-part editorial series from one of Funimation’s copywriters, Lauren Hill, explaining the Tales video game series and how it relates to the Summer 2016 Simulcast, Tales of Zestiria the X

Ready for more? Here’s part two of our Tales of tutoring with an expansive look at the world and storyline of Zestiria!

Now that you’ve got a bit more information about these characters, let’s take a look at the overall story and important details. To be honest, the part with Velvet is still a complete unknown, but what we can surmise is that her powers and her drive for vengeance could lead to a dangerous surge of malevolence! It has also been revealed that her adventure and the story in Tales of Berseria will be a prequel to the Zestiria storyline. 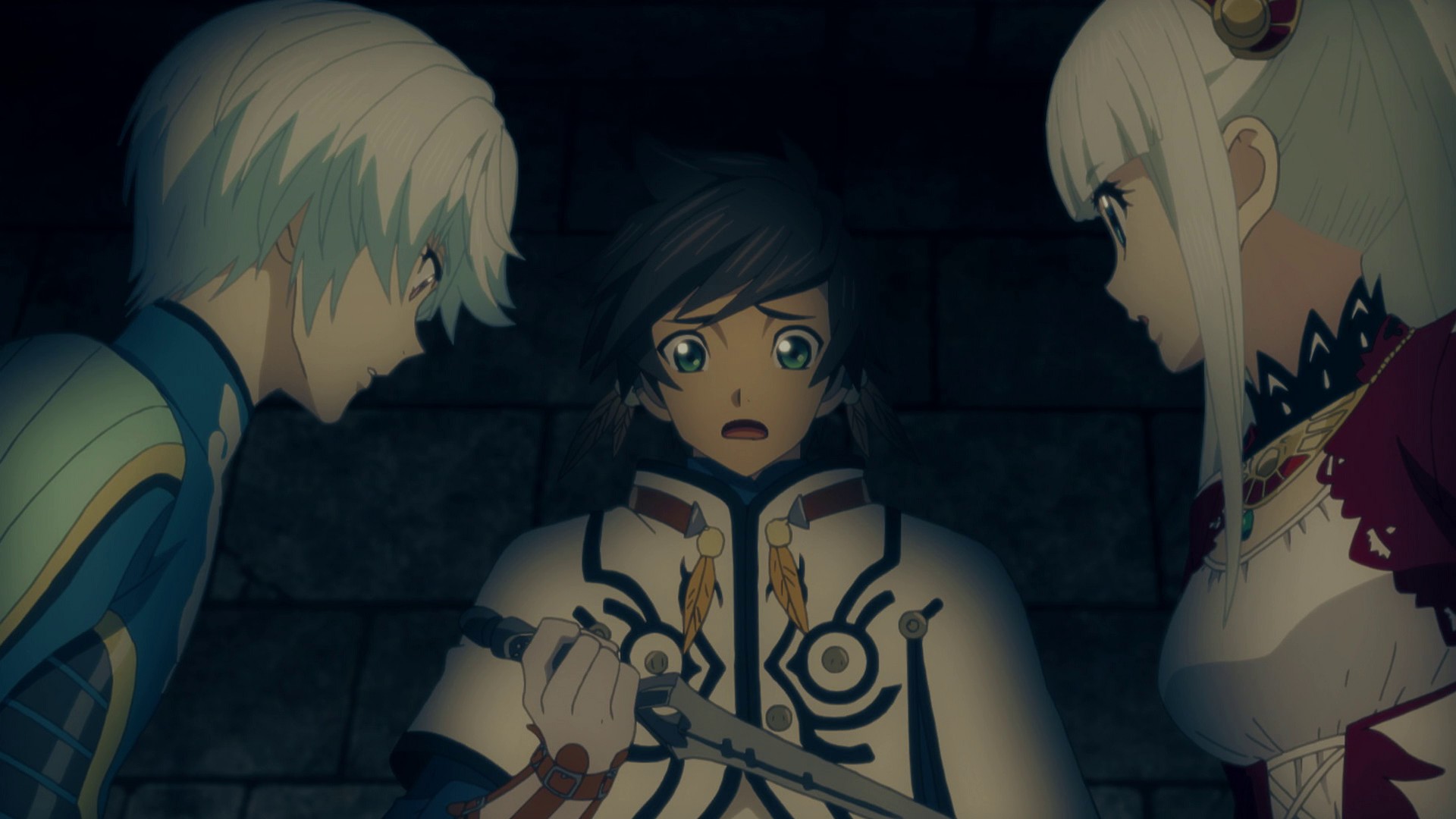 So what is malevolence? It’s just as bad as it sounds. This cloud/mist is made up of all the evil and malice in the hearts of humans. It hurts the Seraphim and the Shepherd and will alter humans and Seraphim completely. In fact, if a Seraph becomes tainted by malevolence, they turn into huge creatures—worse, dragons! When a cloud of it begins to form around a town, the people suffer. Whether from terrible illness or from rising tempers, when a town is plagued with malevolence, it is bad news. Eventually they can turn into creatures known as hellions. Hence why it’s such a big deal that the Shepherd comes around and cleans all of that up. Malevolence spreads faster when the Lord of Calamity is around to control it. If he manages to spread it everywhere, the world will be plunged into a true age of chaos.

There’s a lot going on story-wise for Zestiria but a fun part of the game is all the attacks and powers you obtain. While following Sorey as he develops his Shepherd powers and works to cleanse the land, he collects Seraphim, and with their powers, he is able to fight off hellions and purify the malevolence. One of the best ways to do this is through Armatization.

In the game, you have to level up to be able to use Armatization. Luckily, the process was sped up in the anime! Armatization is an ability that allows the Shepherd to merge with one of the Seraphim under his contract. The two become one and share each other’s powers while also obtaining a stronger weapon and stronger attacks. In the episode “The Sacred Blade Festival,” Sorey and Lailah perform the technique to take on the hellion. But, later on, Sorey won’t be the only one to perform Armatization…

The book that Sorey worships—and Alisha reveals to be a fan of—is basically a history book and a diary. It was written at least 20 years prior to our current storyline by the previous Shepherd. The book details many of the ancient ruins Sorey and Mikleo wish to visit as well as hints to the Shepherd’s journey and responsibilities. The Shepherd that authored this book also has close ties to Sorey and Mikleo, unbeknownst to them at this time. While the book was written 20 years ago, it is filled with knowledge from long before then and detailed research of the world they live in.

A little more details about the Seraphim. What are they exactly? Like the meaning, they are angels in the world of humans. Every Seraph embodies an element and power like water, air, fire, and wind. There was a time when all humans could see Seraphim and worshipped them. In the game, certain Seraphs would become “Lords of the Land” and work as a protector for areas by keeping it cleansed of malevolence. But, once humans stopped worshipping and praying to them, they began to abandon their homes, or worse—they became tainted. There are still people who have an ability to see the Seraph or can develop it, but it is slowly dying out as humans advance and move away from stories of angels and mystical beings. 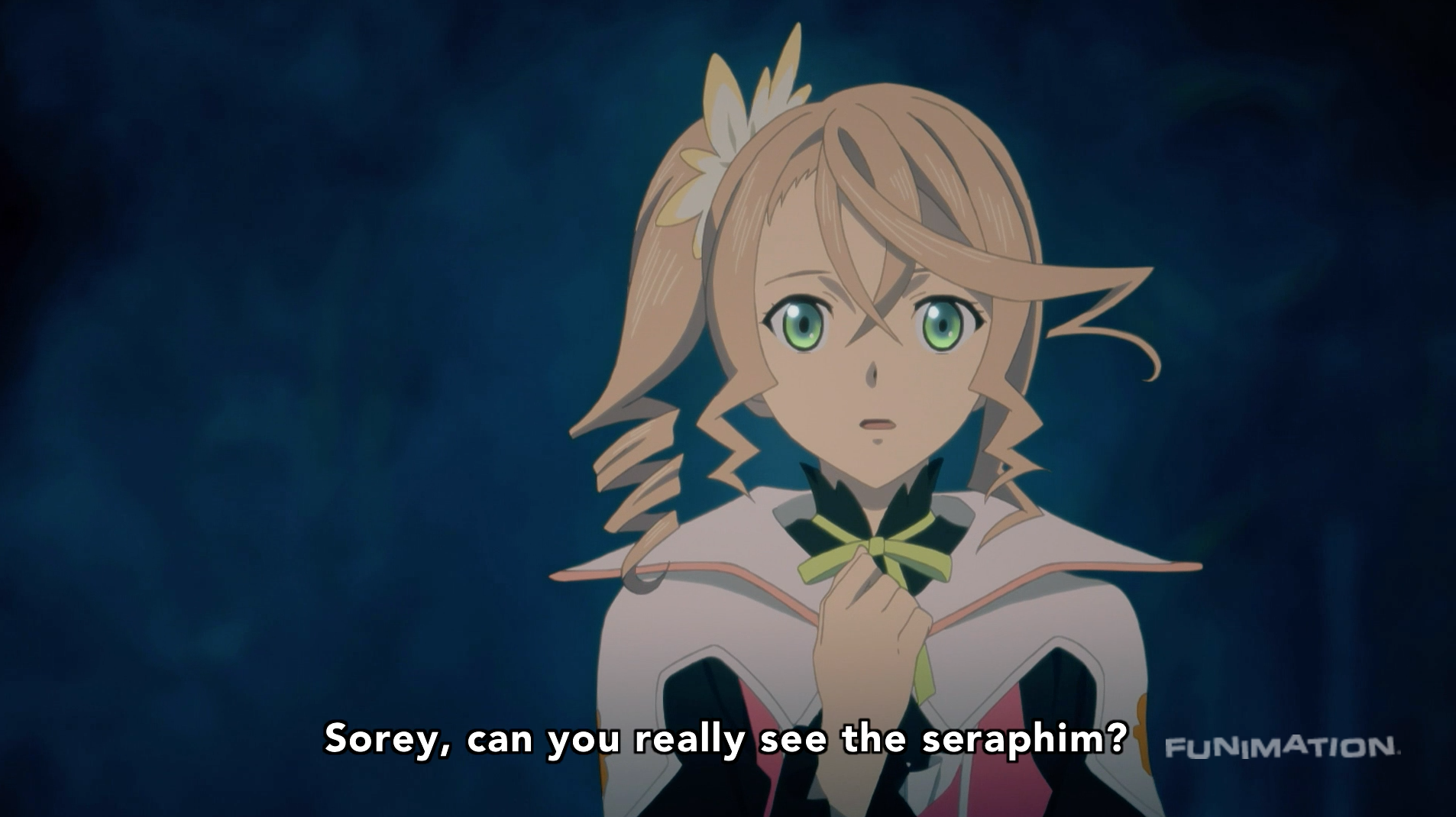 Curious what the heck this cute creature was and why Alisha didn’t respond to him at all? Well, he is in fact a Normin! So, uh, what is that exactly? Well, they’re little critters that are a part of the Seraphim world, which is why Alisha didn’t see this cutie trying to protect her. In the game, it becomes a side quest to try and find all 50 Normins hiding around the world. They add bonuses to your weapons. At this point in the series, we aren’t sure how much of an impact they’ll actually have or if they’ll even show up again—though there’s a high probability we’ll be seeing at least a few more. 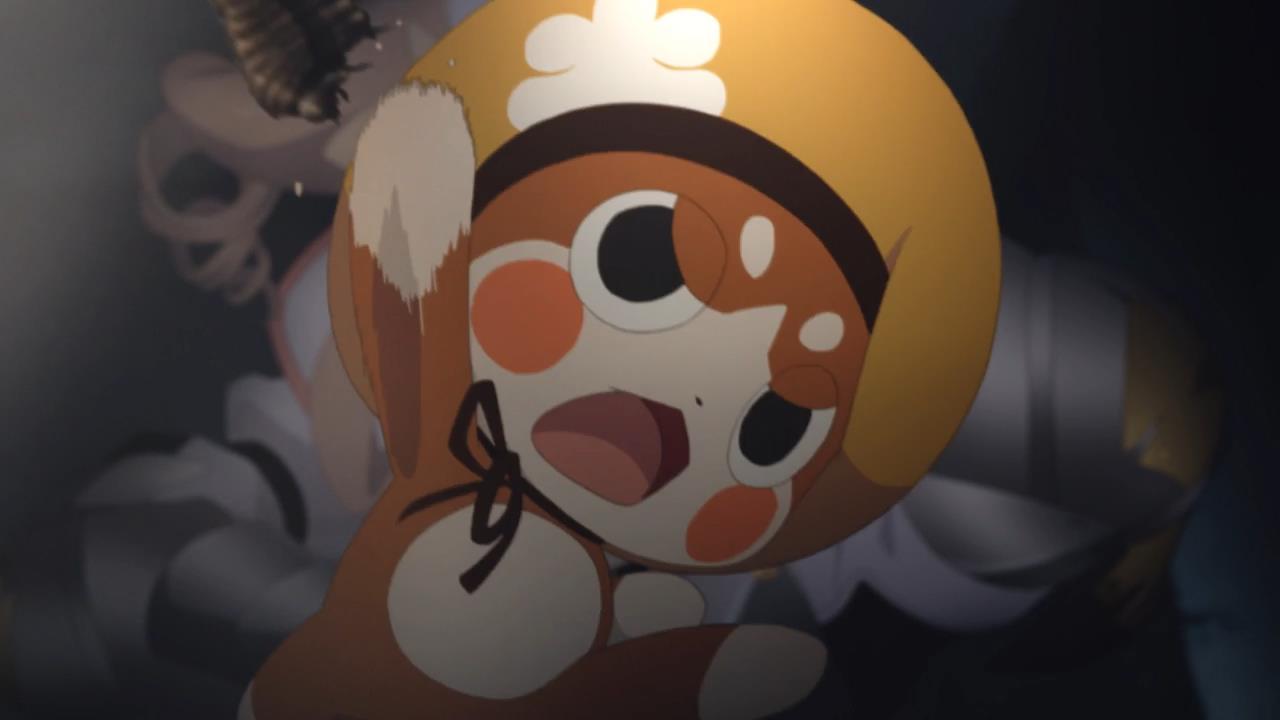 The Shepherd’s Burden and the Era of Chaos

Should the lands become tainted with malevolence and the Shepherd fails in his duty, the world will fall to the mercy of the Lord of Calamity and sink to the Era of Chaos. As Shepherd, Sorey must develop his powers and prevent this from happening. But beyond that, he must answer why he wants to become the Shepherd, what his true purpose is. Through the game, Lailah asks Sorey why he has taken on this burden and what his goal is. Sorey typically answers that he just wants to see the world and explore the ruins. However, his true answer will come to him when faced against impossible odds. The trials and tribulations of the Shepherd are only part of the burden he carries. If Sorey cannot muster the physical strength or the will to embody the power given to him, it will destroy his body. No pressure, right?