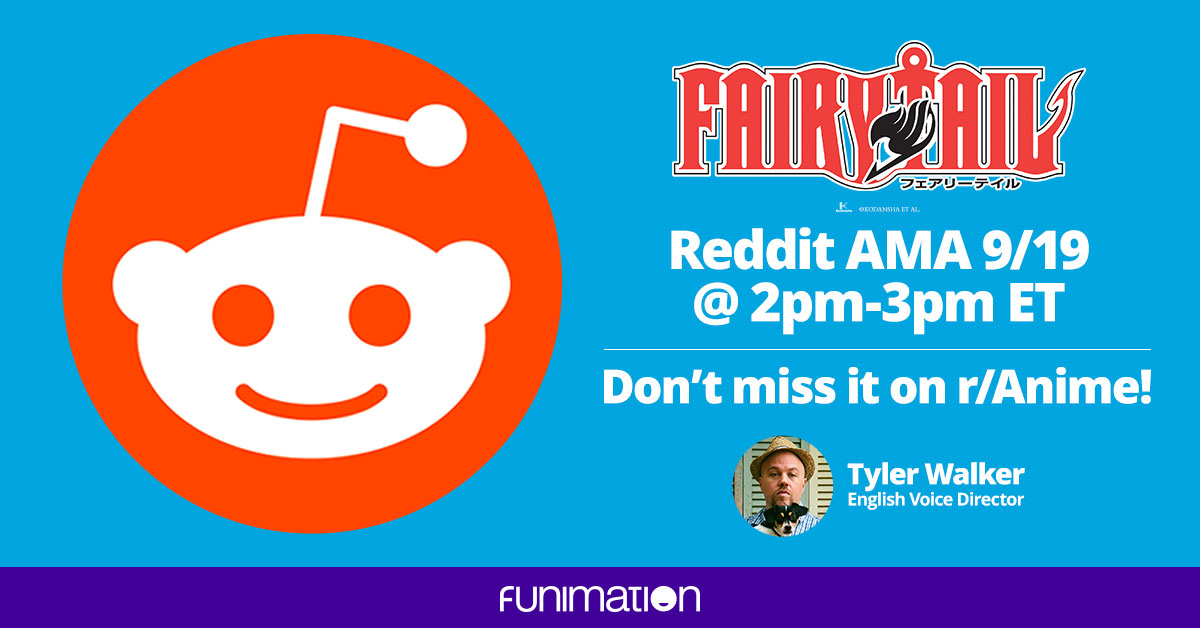 Mark your calendars! In celebration of Fairy Tail – Part 21 being released and Part 22 pre-order going live, we’ll be holding a Reddit AMA with Fairy Tail director Tyler Walker! We’ve locked Tyler in his recording booth for the past 5 years to direct the English dub for Fairy Tail, and now we’re letting him out just to answer your questions on Reddit!

Join us on September 19 at 2pm-3pm ET on r/Anime to bombard Tyler with questions about working on Fairy Tail. 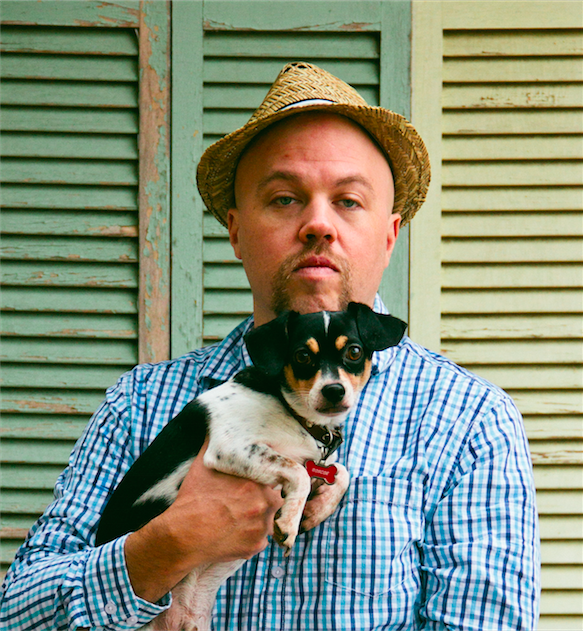 Tyler Walker is an ADR director, script writer and voice actor for FUNimation Entertainment.   A native of East Texas, he grew up spending equal time playing in the woods, playing Atari, and watching cartoons like Scooby Doo, Superfriends, Star Blazers (Yamato), and Battle of the Planets (Gatchaman.)

After graduating from the University of North Texas with a BA in Radio, Television,  and Film, he spent time playing in bands and eventually started working as an ADR engineer and production assistant at Funimation in 2002.    A bit of trivia: His former band, The Pointy Shoe Factory, had three songs featured in Dragon Ball Z Movie Eight: Broly, The Legendary Super Saiyan.

Since then, he has worked as ADR director on more than five hundred episodes of such series as Baccano!, Toriko, Basilisk, Ninja Slayer, Dragon Ball Z, Ghost Hunt, Black Cat, Blassreiter, Phantom: Requiem for the Phantom, Hell Girl, Is This a Zombie, Negima, Ragnarok the Animation, World Break, Three Leaves Three Colors, Hero Tales, Shangri-La, and has most recently finished directing more episodes of Fairy Tail and Fairy Tail Zero.  Tyler is also currently co-directing the broadcast dub of Tales of Zestiria the X. In addition to directing and producing, he has also written numerous scripts for titles such as Fairy Tail, One Piece, Ninja Slayer, Bamboo Blade, Phantom: Requiem for the Phantom, Hero Tales, Shangri-La, and both seasons of Is This A Zombie.

When he’s not at the FUNimation studios, Tyler plays drums and produces music for his current band, Wirewings.  His wife, Heather, has appeared in several titles like Maken-Ki, Shangri-la, Fairy Tail, and Toriko as well.  Somehow they still find time to go play in the woods with their three dogs.