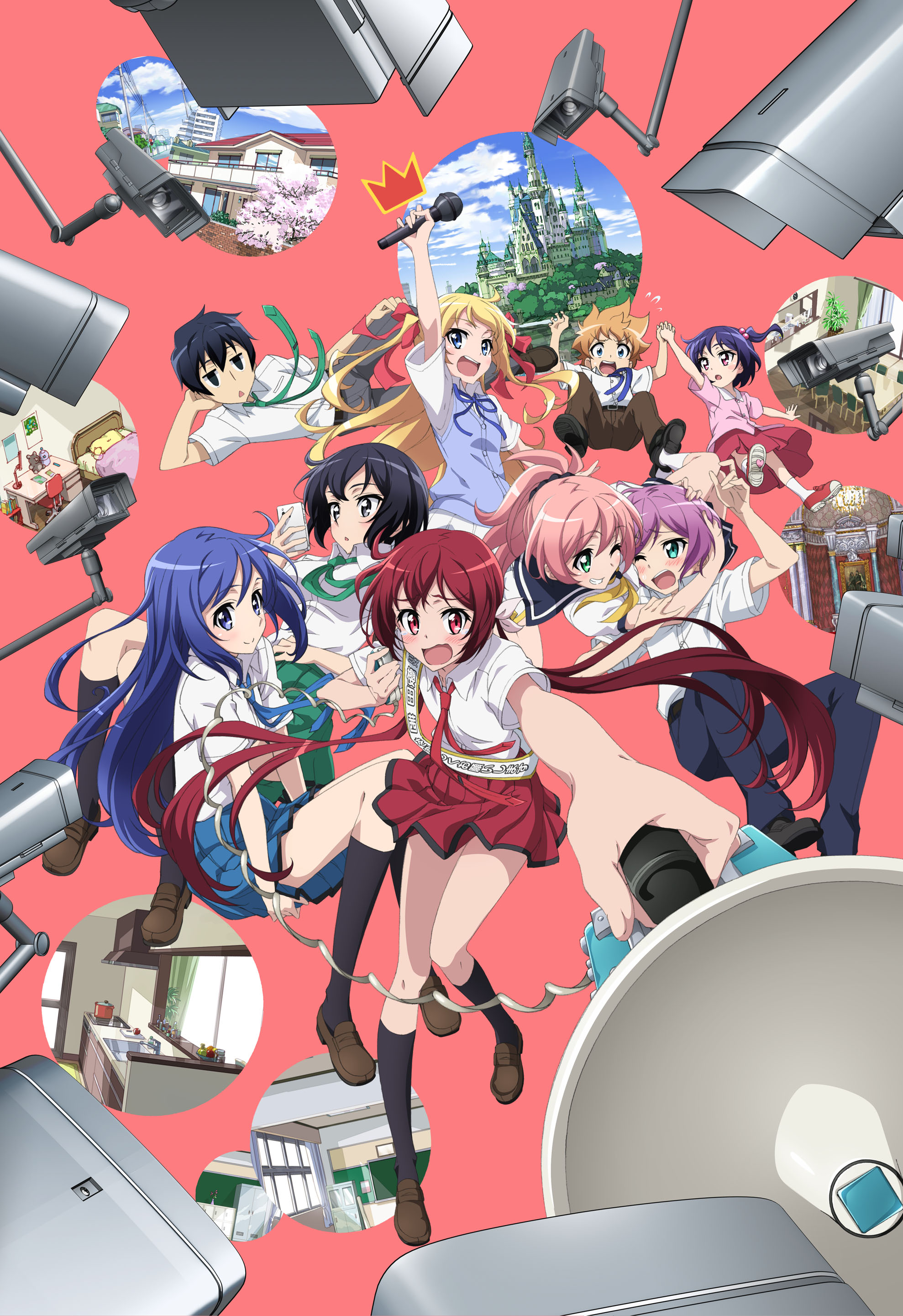 Teleportation, anti-gravity, insane calculations… these are just some of the powers our cast will be using to get ahead in Castle Town Dandelion!  They may all have the same goal, but it’s going to be a crazy journey — and you’ll be able to add it to your collection on Blu-ray & DVD on November 15th!

Ready to meet the actors competing to take the throne?

Summary
The Sakuradas are a perfectly normal family living in a perfectly normal apartment. Except that their father happens to be a king, making them all royalty. And they’re watched by over 200 surveillance cameras and are kind of their own reality show! There’s also the fact that each sibling has their own special power.

Ok maybe they’re not so normal after all!

The nine Sakurada siblings have a common goal to become king! But only one can hold the throne, so they must compete to win the hearts and votes of their people. For one year, they’ll campaign their hardest and prove who is most fit to be king. That means making speeches, showing off their special skills, and even becomingpop idols?! But campaigning is easier for some than others. Especially with powers like transportation, creating clones, or even materializing anything you want! But for middle sister Akane, even the power to control gravity won’t be enough to help her. Between the constant surveillance and embarrassing situations galore, Akane has a long way to go to prove she’s a worthy candidate.

Only one super-powered sibling can take the throne! Who will win the crown?