On the Shoulders of a Giant; Godzilla’s Monstrous Legacy

funimation
Written by one of Funimation’s employees and Godzilla superfan, Ben Cortez

There’s never been a more exciting time for Godzilla fans. And for prospective fans, there’s never been a better time to jump in. I mean it- we now have two successful Godzilla series to enjoy! The American version has a full-fledged cinematic universe planned and is said to lead up to a remake of King Kong vs. Godzilla (!!!). And now, Toho has produced Shin Godzilla, a brand new installment in the original 29 film-long series. 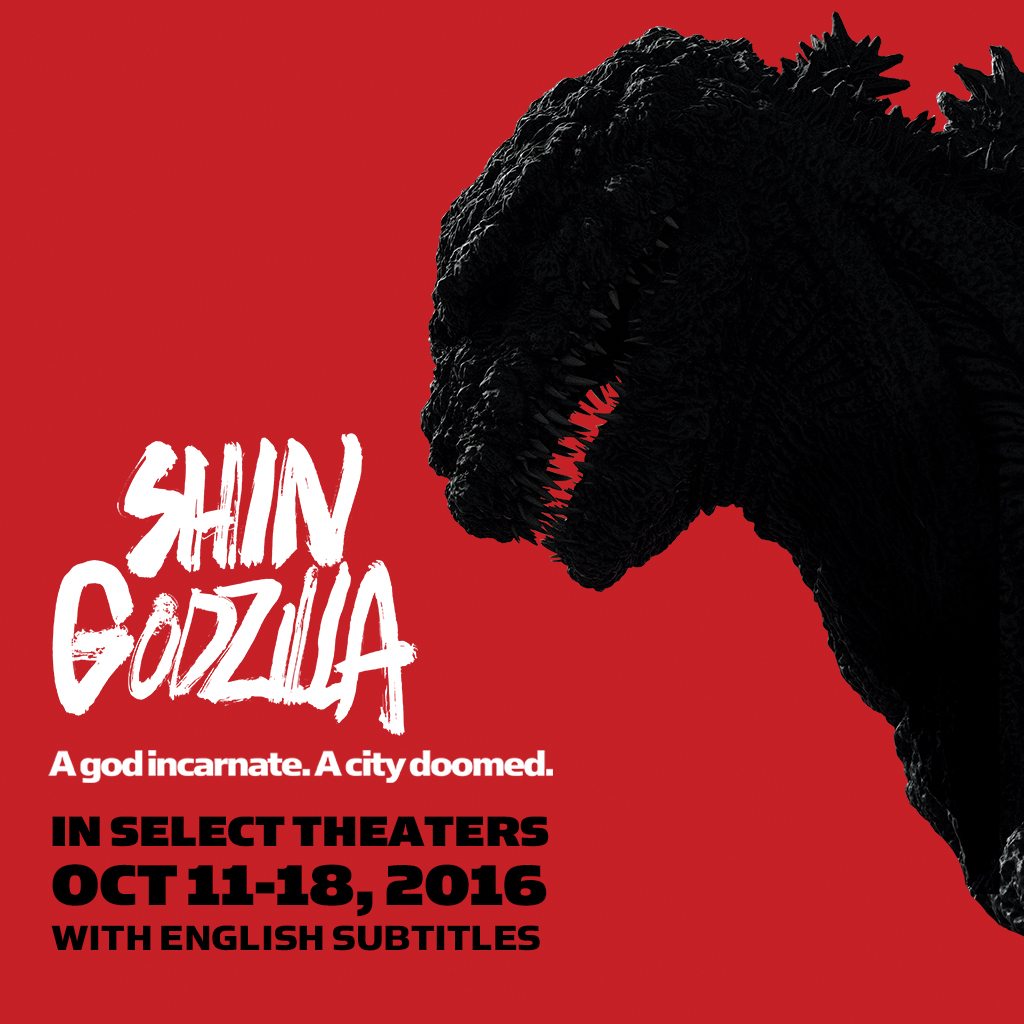 It’s extremely important to continue to support and see films from both series; not only for Godzilla fans, but for movie fans as well. Being a massive fan of both Godzilla and movies in general, I am incredibly delighted to be a part of the Godzilla legacy as a proud member of its audience. It’s one of the most celebrated legacies in cinematic history and is deeply rooted in pop culture. Everything about the big guy is iconic! The design. The roar. The atomic breath. The music. Everyone is familiar with Godzilla to some degree.

Now, I would go ahead and say that for some people, when they think of Godzilla, they might only imagine cheesy effects and actors in rubber suits awkwardly brawling and knocking over fake buildings. That’s all perfectly fine, really, I honestly can’t get enough of that stuff myself. There’s nothing like a couple of rubber-clad giant monsters locked in a colossal battle royale, laying waste to everything in sight little by little with each mighty blow that’s dealt.

But, what some might not think or be aware of about Godzilla is just how many different tones and interpretations of the character have been put to screen during the sixty-two year-long series. Furthermore, some might not know just how dark and serious the very first movie actually was. The first 1954 film Gojira (the original Japanese name for “Godzilla”) is one of the most poignant, haunting, and thought-provoking films I’ve ever seen.

I bring this up because Shin Godzilla appears to harken back to the roots of this original film; its apparent serious tone, Godzilla now acting as the antagonist, wreaking absolute havoc instead of battling another monster, and the talent behind the film all point to another deep and somber Godzilla film.

The Historical Roots of Godzilla

Understanding the roots of Godzilla and how he’s evolved over time is important for many reasons, but I’m going to cover two for now; one, it might give us a good idea of what Shin Godzilla will be like, and two, it reveals the many layers of the series, ensuring that Godzilla’s legacy continues to stay alive and strong in the years to come.

One of the most important aspects of Gojira is its historical context and the events leading up to its production. Perhaps the most significant events and biggest influences on Gojira were the two nuclear bombs the US dropped on Japan in 1945 to end the second World War. Civilian casualties from these were estimated to be in the hundreds of thousands; roughly 70,000 were killed instantly in each blast, while radiation poisoning and other long-term effects from the blasts upped the casualty rate sky high. The Japanese experienced true horror on those days. Unfortunately, the nightmare returned to them just nine years later.

The war had long been over, but global tensions were at an all-time high. The US and Russia were locked in an arms race to see who could produce the most powerful nuclear weapon. The US had been conducting nuclear weapons tests on some islands off the coast of Japan when, in the beginning of 1954, a Japanese fishing boat venturing near these islands was exposed to severe levels of radiation from the tests. The fisherman, the boat, and their catch returned soaked in radioactive fallout. This served as a grim reminder of the terror the Japanese had experienced just nine years prior. At this point, it seemed like the dread of nuclear weapons would never truly leave them.

These events are what inspired Gojira. The film is full of horrific imagery; civilians incapacitated under rubble and debris, cities turned to wastelands, crowds screaming in anguish and despair. Here, Godzilla is not treated as simply a giant movie monster- he’s treated as a big metaphor for the nuclear bomb as he rampages through Japan, leaving a wake of devastation in his path. Knowing all this adds a tremendous amount of weight to the viewing experience. While watching, it’s utterly harrowing to know that the filmmakers behind the movie experienced nuclear destruction first hand. I dare not spoil where the film ultimately goes, but I will say that it presents a powerful message on the future of manmade weapons of mass destruction. After the credits rolled, I was left with a gut-wrenching, yet hopeful feeling that very few other movies have been able to elicit from me. I cannot recommend the original Japanese Gojira enough; it is an absolute must-watch.

The Evolving Forms of Godzilla

Now, where did the series go from here? How did it choose to follow such a somber masterpiece? When did it morph into being mostly about the cheesy monster brawls? Was there a gradual shift in tone over several films? Well, it was Godzilla Raids Again, the very next film, that suddenly started to change the series up quite a bit. In this film, Godzilla engages in his first battle with another monster- Anguirus. The film definitely veered away from the tone of the first one, and was criticized for being a rushed sequel (it was released only five months after Gojira). It is notable for being the first film in the series to have Godzilla throw down with another monster- something he’d continue to do throughout the rest of the Toho series.

The films took drastically different turns in both tone and anime genre from here on out. The films began to depict Godzilla as a hero and saw him defending the earth from evil monsters instead of destroying it. Some films took this a step further and began to gear Godzilla towards children and presented him in a jarringly lighthearted fashion.

The films did eventually go back to depicting Godzilla as a force of destruction, but things never stayed serious for long. He would continue to switch from being the savior of the world to the harbinger of its annihilation from film to film, as well as everything in-between. But you know, for the most part, it all worked. Godzilla is the perfect character to be depicted as any of these things within the context of each respective story. Of course it makes sense for him to be this feared abomination that needs to be stopped. But it also makes sense to pit him against another more terrible monster in order to ultimately save mankind, or to present him simply as an animal trying to find its place in nature. It’s all “Godzilla,” and it’s all a part of what’s made Godzilla last throughout the ages.

It’s truly a joy to discover all the different versions of the big guy. And if you happen to find an incarnation of Godzilla that isn’t quite your cup of tea, I can almost guarantee that there’s another in the series that would be more to your liking. I love all of the films to varying degrees and for various reasons, but if I had to recommend just five to others besides the original film, here’s what I would pick:

At last, this brings us to Shin Godzilla. This film is intended to be a complete reboot to the series. It appears to do away completely with campy monster fights in favor of a grounded story, allusions to real-world tragedies, and commentary on the current state of Japan- just like Gojira did sixty-two years ago. It stands on the shoulders of the giant, so to speak, while simultaneously being able to stand separately on its own. This is the most unusual Godzilla design yet, as well as the tallest (almost 400 feet!). Even the choice of filmmakers behind the project indicate a more unconventional Godzilla film than we’ve seen before. The movie was co-directed by Hideaki Anno and Shinji Higuchi, two gentlemen known for their work on the mind-bending Evangelion series. Believe me when I say that there’s no way of knowing what’s in store when these two get together to tell a story. I absolutely cannot wait to see this new, frightening, and awesome interpretation of the big guy. 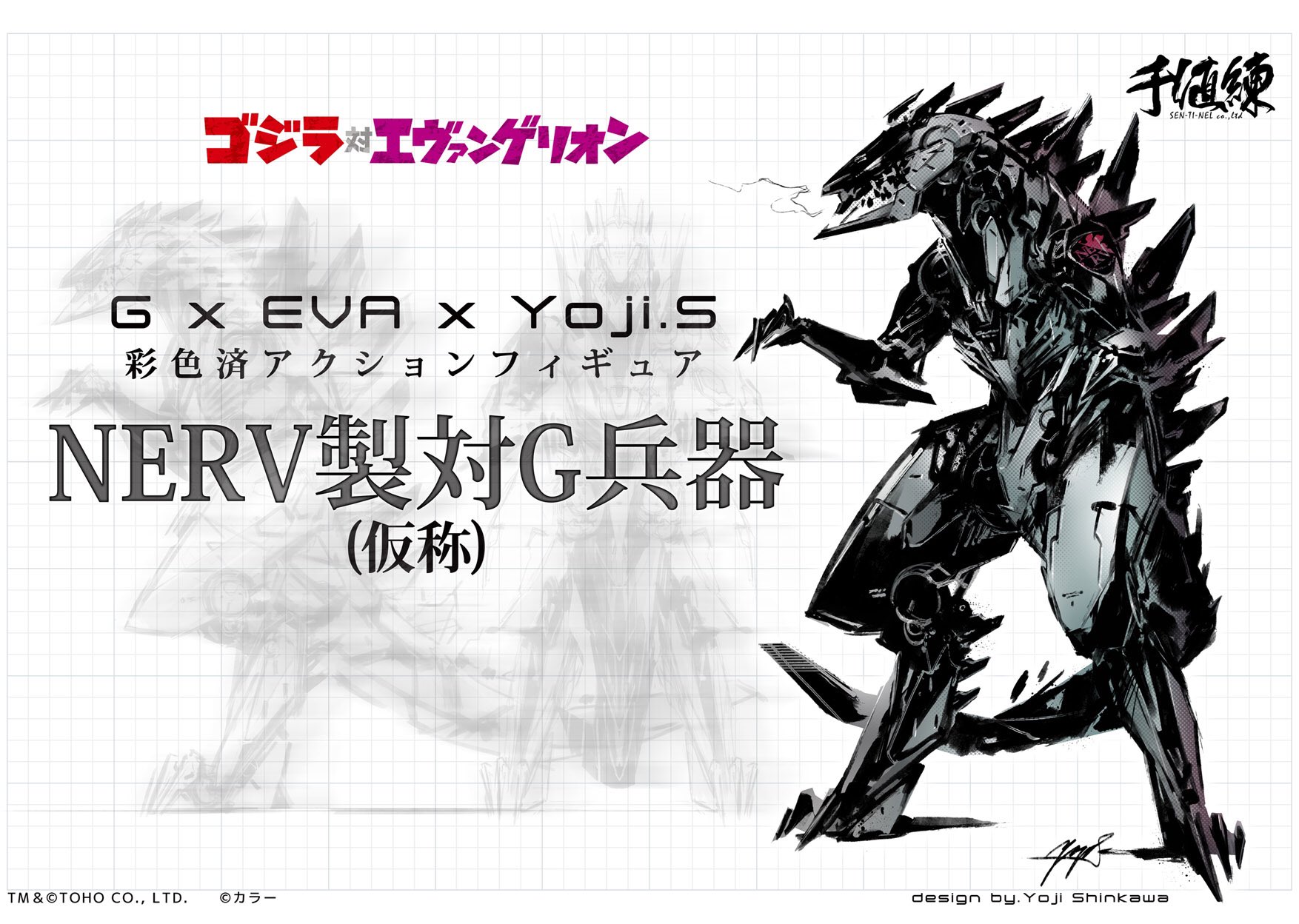 The series has once again come full circle, and yet it’s still managing to make Godzilla feel fresh after all these years. I’m outrageously excited to see what Shin Godzilla and the future of the Godzilla series holds for us. Here’s to keeping the legacy alive.