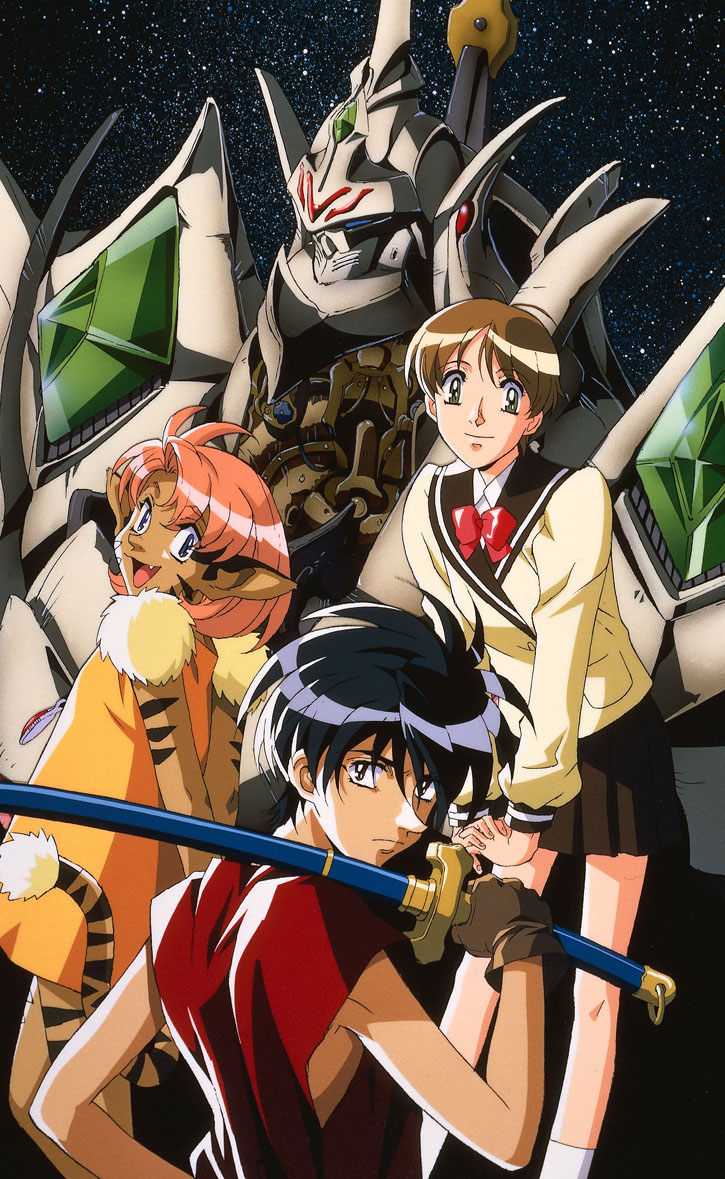 In this interview from Otakon 2016, the brand-new English cast for Escaflowne weighs in on what it was like to recording this classic franchise! Read about the acting/recording process and what it’s like to record a dub for an older show from Caitlin Glass (Hitomi), Aaron Dismuke (Van),  Alexis Tipton (Merle) and ADR Director Sonny Strait (Allen)!

Plus, you can hear them in the Blu-ray/DVD combo pack — the series and movie release contain the original and new dubs, plus the original Japanese audio with English subtitles!

Can you share your thoughts on the recording process and how you feel about this new dub?

Sonny: First of all, what did you guys think about the performance? [audience applause] When I was casting this, Hitomi was a no-brainer, I just knew it was Caitlin. But I also—you’ll get to see Vic Mignogna as Folken in this later. When I started, I thought “that’s who I want to play him.” And then I thought “wouldn’t it be cool if Aaron played his brother?” But I hadn’t directed Aaron since he was a little kid. And so I didn’t know—sometimes child actors don’t grow up to be great actors. So he auditioned—he was one of the first people to audition, and he nailed it. But then I was like “but we have to hear everyone else…” But no one came close. I thought he really nailed the part of that. And oh! and Merle. There were a lot of people who auditioned and with very cute voices and stuff, which is just what Merle needs, but Merle also has to have a real strong bout of humanity. And that’s what Alexis brought to this performance. When I heard her, I thought “That’s what I want.” 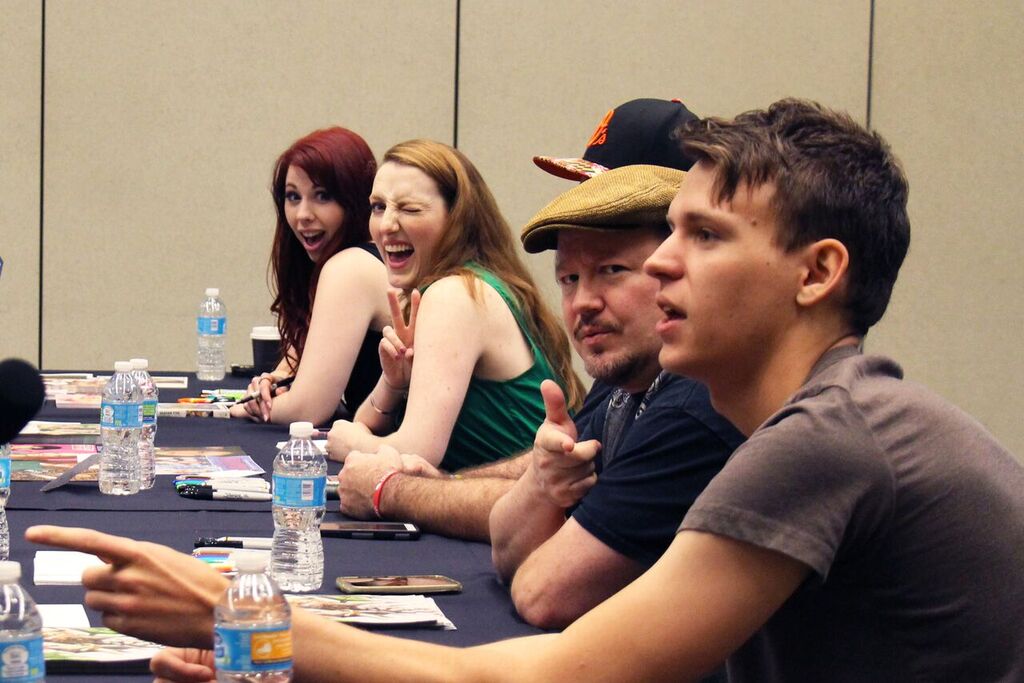 How familiar were you with Escaflowne before working on this English dub? Had you heard of or seen this series before?

Alexis: I have a friend that I’ve known since 7th grade who was really, really into this in middle school. And I had seen a little bit of it with her at her house after school, hanging out. And so when I heard we got the rights to dub Escaflowne, I was so excited because I knew someone who was very, very passionate about this anime. And when I was cast, I was really excited. So not only did I want to do right by the fans of Escaflowne, I also really wanted to do right by my friend, who has been my friend for so long.

Caitlin: I knew of the show of course; for a lot of us sitting here, working in the dubbing industry for ten years or more, but I knew of Escaflowne before I became a voice actor from when the anime came out. I had not seen the show back then; I didn’t know how to watch anything unless I could see it on television or rent it—which is good, because downloading illegal things is bad. So it was a series I had never seen and never thought I would be recording for, so it’s very special.

Aaron: I actually hadn’t of it yet when I auditioned—

Sonny: You weren’t born when it came out. [audience laughter]

Sonny: I was aware of it and I had seen some of it., but it was during a kids’ block of cartoons, and so I watched it in this kids’ block of shows, and what’s great about the version you’re going to hopefully buy soon is that this is unedited. This is the way it was intended to be done. And you know, many companies do that, Funimation has done that before too, but I’d much rather have the unedited version.

For Sonny: As ADR director, what was your approach to directing the dub for this classic series? Is there a difference between dubbing for Escaflowne versus dubbing for a contemporary series?

Sonny: No, not really. We were aware of the fanbase and we wanted to do the best job we could, but really it’s all about putting the actors in that scene, in that moment. The directing process didn’t get impacted at all, it’s just that we got work on a really cool, high-profile show.

Since there was previously a dub that was created for this series, was that a challenge?

Sonny: Well, that’s yet to be seen. [audience laughter] I don’t think so. I mean, none of the characters, none of the actors here based their performances on the original dub, and I encouraged them not to. I wanted something to be new, to be fresh. Acting styles change about every decade, so what they did 20 years ago wouldn’t work today. 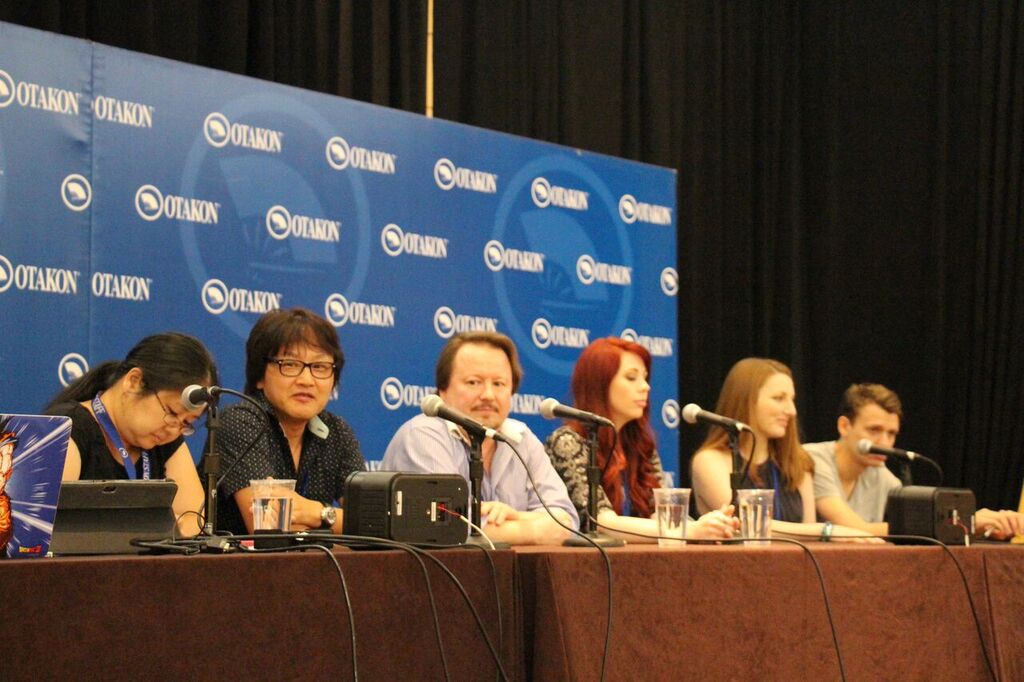 Considering the show is from 20 years ago, how difficult was it to stay true to the script, as opposed to going off and saying “my character would never say that?”