This post was contributed by Funimation copywriter, Jonna Miller.

The long-awaited Steins;Gate movie is finally coming to Blu-ray and DVD on March 28th, and fans can’t wait to own the conclusive ending to the show.

Can’t remember what happened in the Steins;Gate series? Maybe you saw it in a different timeline. Maybe it’s Déjà vu. Or maybe you’re a normal human who forgot what you watched five years ago. That’s okay! We’ve got a refresher that is just for you.

First, the members of the Future Gadget Lab:

Lab Member 001: Okabe Rintaro is a self- proclaimed mad scientist who loves Dk Pepper and always wears a lab coat. He’s known to his friends as Okarin, and known to himself as the great Hououin Kyouma. He may seem delusional, but he’ll try as many times as it takes to save his friends.

Lab Member 002: Mayuri is Okabe’s childhood friend who works at a maid café and makes cute cosplays. Very naïve but kindhearted, Okabe claims that he took her hostage, though she’s already quite happy to stay by his side.

Lab Member 004: Kurisu is a young genius whose impressive research on memory has brought her more trouble than it’s worth. With a dismal fate in many timelines, Okabe has gone through great lengths to try and save her.

And now, this recap of all recaps will guide you through the entire loop of World Lines. Need we say…spoiler alert?

Socially awkward and paranoid, Okabe is a self-proclaimed mad scientist who attends a conference where he chances upon the dead body of a genius researcher girl, Kurisu Makise.

Later, when he finds out that Kurisu is actually alive, he realizes that his experimental microwave can send texts (D-mails) containing a person’s memories back in time, effectively sending back one’s consciousness.

SERN, a nefarious organization concerned with time travel, targets his lab, killing his friend Mayuri in the process.

Naturally, Okabe goes back in time to save her, but fails several times until he learns he must undo every D-mail, returning to the timeline when Kurisu was found dead.

That’s when a guest from the future informs Okabe that Kurisu’s death leads to World War III, and Okabe must go back in time again to prevent Kurisu’s death once and for all.

All caught up to the right World Line? Great, now you’re ready to see Steins;Gate – Load Region of Déjà Vu. The movie picks up where the show left off—only this time it’s Kurisu’s turn to save the mad scientist who has tried countless times to save her. Pre-order your copy today! 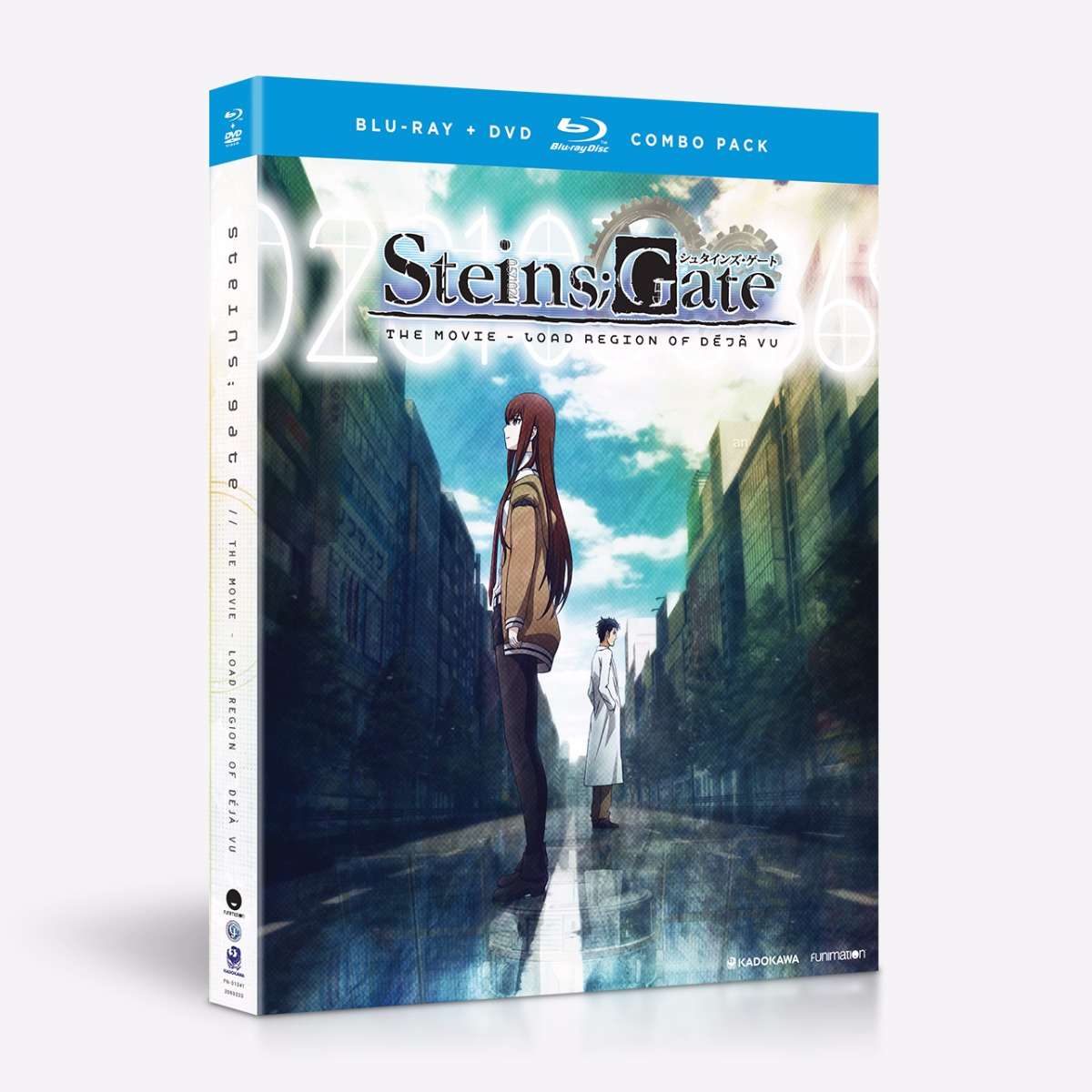