20 Reasons We Love Trigun on its 20th Anniversary!

Whether it was your favorite late-night anime show, or you’ve only ever heard the name, it’s time to pay respect to Trigun. This highly-acclaimed mash up of western shootouts and final-frontier sci-fi just turned 20 years old! Join us on the sand steamer down memory lane.

For Starters, the Story:

Hopping from town to town on a sandy planet, the legendary gunman, Vash the Stampede, leaves a wake of destruction in his path. The only thing greater than the $$60,000,000,000 bounty on his head is his unwavering love for life. That’s right, this lone man with dashing blond locks is a hunter of peace, chasing the mayfly known as love.

Things We All Love About This Show:

1. Vash the Stampede serving up those looks

2. Kuroneko showing up in every episode 3. The most tenacious insurance girls you’ve ever met 4. Killin’ us with that whole “no killing” thing 11. The planet of Gunsmoke and all its extra moons. (Except for that one. We don’t talk about that one.)

12. Legato Bluesummers is creepy as heck (he’s even creepier in the manga) 17. The beautiful Ren Saverem and her enchanting song, Sound Life 18. ALL of the music by Tsuneo Imahori He’s the genius behind several songs for Cowboy Bebop and Wolf’s Rain. Interested in the Trigun soundtracks? Look for Trigun: The First Donuts and Trigun: The 2nd Donut Happy Pack.

20. The message of LOVE AND PEACE!

Hats Off to the Creator of Trigun:

Yasuhiro Nightow is the brilliant mangaka behind Trigun and Trigun Maximum (the name was changed when they switched publishers). If you like his flair for western influence, there’s more where that came from!

You can stream all three on FunimationNow for free. Better yet, we’re putting the Trigun Complete Series home video on SALE for the rest of 2018! 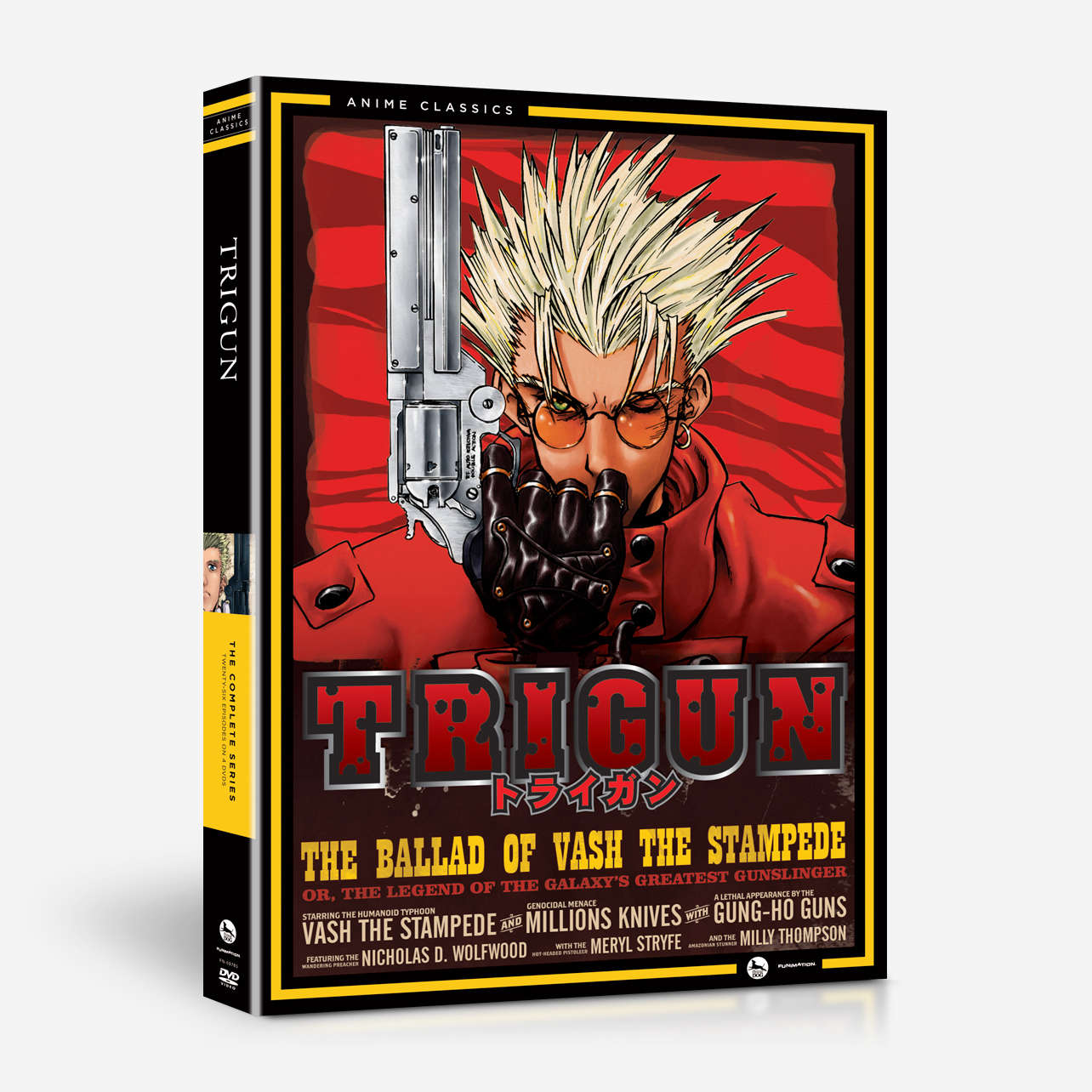 Thanks for celebrating this momentous piece of anime history with us. Happy 20th anniversary, Trigun!