Two and a half years after the release of Makoto Shinkai’s smash hit Weathering With You, the acclaimed director has unveiled his next major project: a supernatural adventure film titled Suzume no Tojimari!

A gorgeous visual for the film was released, with a tagline that reads, “All of time was behind that door—”: 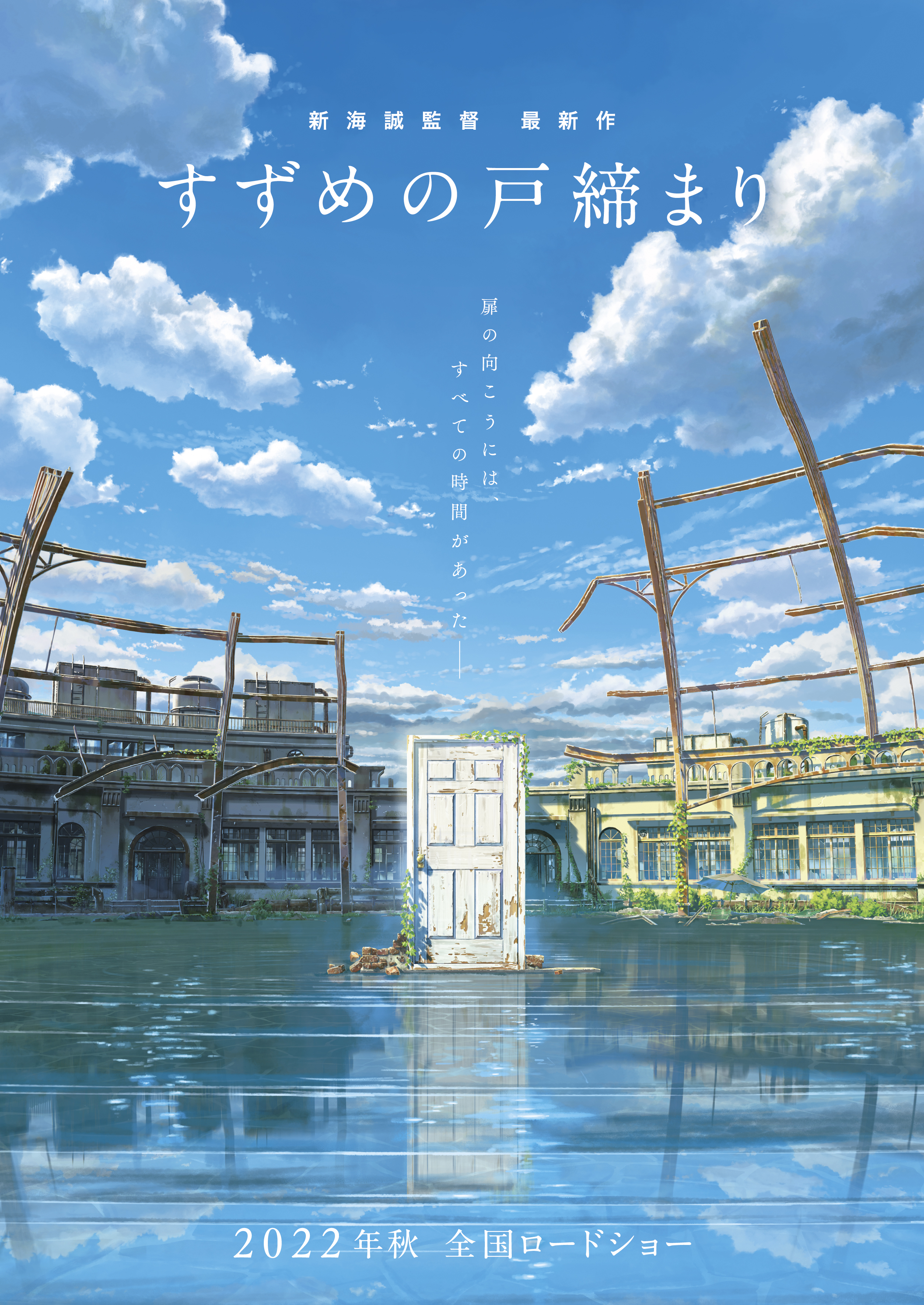 RELATED: Live-Action Your Name. Adaptation Has Found Its New Director

The story follows a 17-year-old girl from Kyushu called Suzume, who follows a mysterious young traveller through the mountains to a weathered door standing alone among ruins. Drawn in by the door, she opens it—only for even more to open across the archipelago, causing disasters and chaos. To prevent further damage, Suzume embarks on a journey throughout Japan to close every “door of calamity.”

Makoto Shinkai is writing and directing his seventh feature film at studio CoMix Wave Film, alongside Masayoshi Tanaka (Your Name., Weathering With You) as character designer, Kenchi Tsuchiya (Your Name.) as animation director, and Takumi Tanji (Your Name.) as art director.

Described by Shinkai as a “modern-day adventure” and an “action film,” Suzume no Tojimari is currently set to release in Japanese theaters in Fall 2022.

Are you hyped for Makoto Shinkai’s next film? Share this post and let us know! And stay tuned to Funimation for the latest news on all things anime, this season and beyond.