Time travel almost always comes with a metaphorical cost, but there’ll soon be a literal one in The Tunnel to Summer, the Exit of Goodbye, a supernatural sci-fi anime film just announced for Summer 2022! 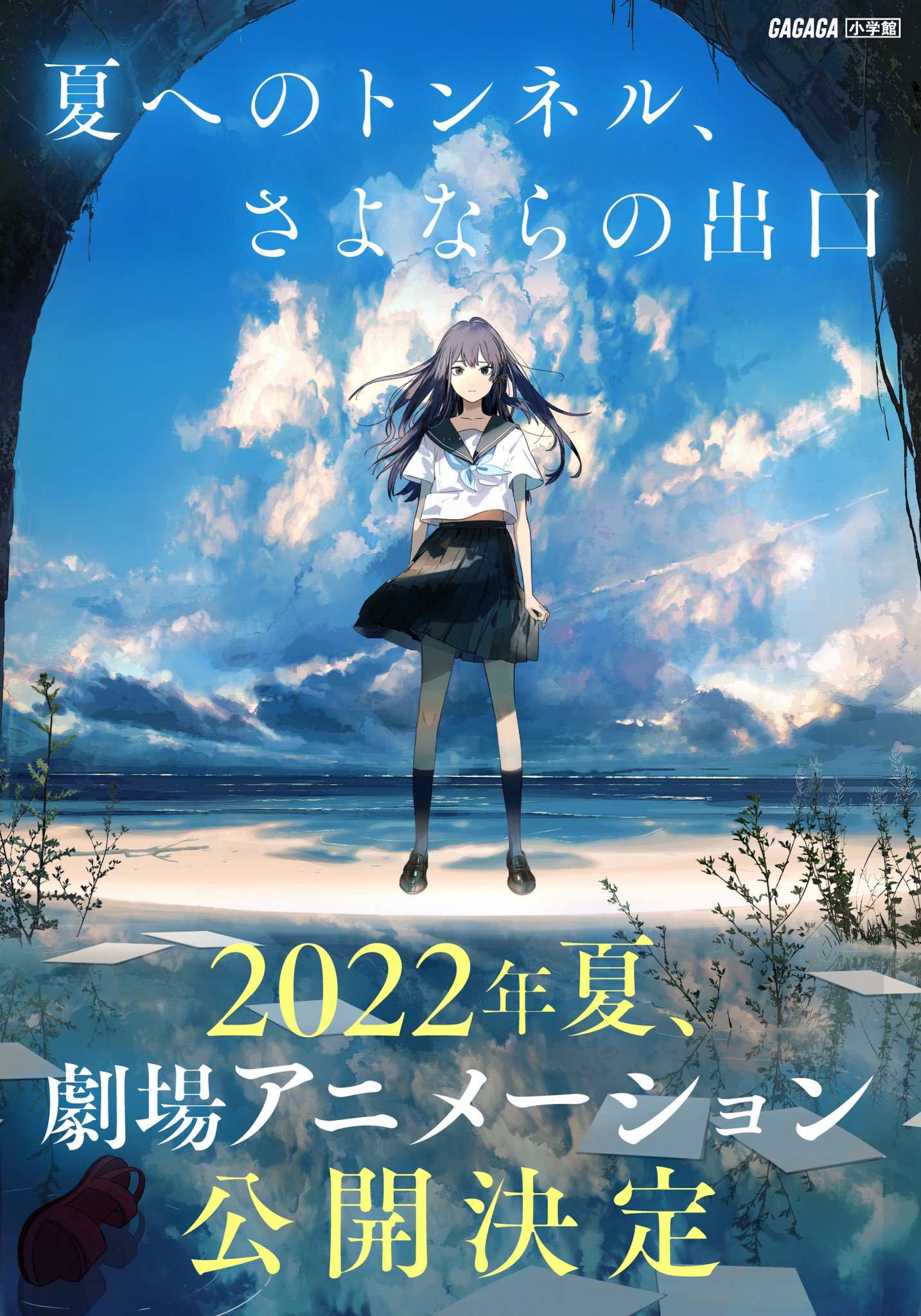 Based on the award-winning light novel by Mei Hachimoku, The Tunnel to Summer, the Exit of Goodbye is being directed by Tomohisa Taguchi (Akudama Drive) at studio CLAP (Pompo: The Cinéphile).

Additional staff members and cast are yet to be revealed.

Tono Kaoru heard a rumor: The laws of space and time mean nothing to the Urashima Tunnel. If you find it, walk through and you’ll find your heart’s desire on the other side…in exchange for years of your own life. On the night Kaoru just so happens to find himself standing in front of a tunnel that looks suspiciously like the one the rumor describes, he finds himself thinking of Karen, the sister he lost in an accident five years ago. To Kaoru’s surprise, he’s been followed by the new transfer student Anzu Hanaki, who promises to help him experiment with the mysterious tunnel–but what does she want from Kaoru in exchange? And what will he have left to give, after the tunnel’s done with him?

Would you walk down the Urashima Tunnel? Share this post and let us know! And stay tuned to Funimation for the latest news on all things anime, this season and beyond.